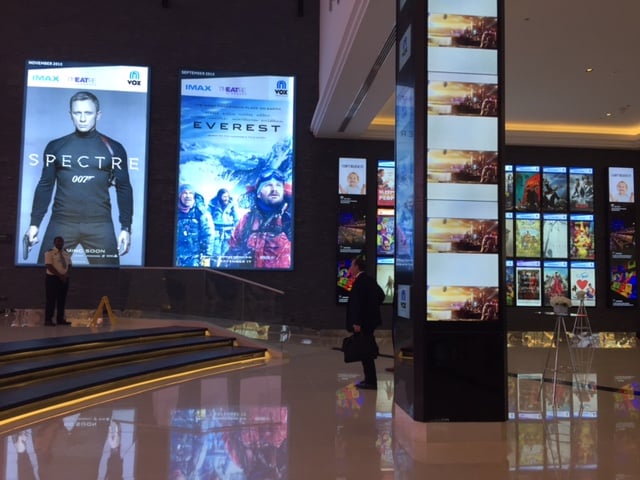 UAE-based Vox Cinemas has announced a line-up of new movies, following months of government-mandated closures and the absence of new content due to Covid-19.

Cinema theatres were closed down globally due to Covid-19, while the pandemic also shut down production studios leading to a dearth of new releases.

“The cinema industry, like most industries, has been massively impacted by the COVID-19 pandemic,” said Cameron Mitchell, CEO of Majid Al Futtaim Cinemas and Majid Al Futtaim Leisure & Entertainment.

“[Currently], 48 per cent of the world’s cinema screens are now re-opened, and we look forward to rebuilding our industry blockbuster by blockbuster starting this week. It’s been a challenging period for our industry with content being delayed, we have been instead showing classic films and older films. That ends today, with several blockbusters about to light up our screens regionally, giving families a safe and compelling reason to again be mesmerised by the big screen,” he added.

“There is a real pent-up demand for new releases and, with major tentpoles such as Tenet about to hit our theatres, we’re expecting a significant increase in box office sales,” Mitchell said.

Read: Abu Dhabi cinemas to reopen at maximum of 30% capacity

Vox Cinemas’ upcoming roster of new releases will kick off with Peninsula (August 20), the sequel to the Korean zombie thriller Train to Busan, which will be screened in the IMAX theatre.

The following week (August 27), Christopher Nolan’s espionage thriller Tenet will hit the big screen, launching in overseas territories, including the Middle East, ahead of the US. The movie was shot using a mixture of IMAX and 70mm film and will also screen at the IMAX theatre at Vox Cinemas. In advance of the release, Vox will also be screening a special 10th anniversary re-release of Nolan’s  Inception (August 13-26), featuring five minutes of never-before-seen footage from Tenet, which has been shrouded in secrecy.

Wonder Woman 1984 (October 1), a sequel which continues the story its eponymous heroine, will screen ahead of Death on the Nile (October 22) in which Kenneth Branagh reprises both his directorial role and that of detective Poirot in the film adaptation of the Agatha Christie novel.

To ensure safety, Vox Cinemas has introduced several precautionary measures including disinfecting auditoriums using fogging machines and sanitising surfaces after every guest interaction. The capacity in auditoriums has also been reduced and seats next to a guest’s selection will be left vacant to allow for physical distancing. The Dubai government has issued the cinema operator with the Dubai Assurance stamp with verifies compliance with public health protocols.