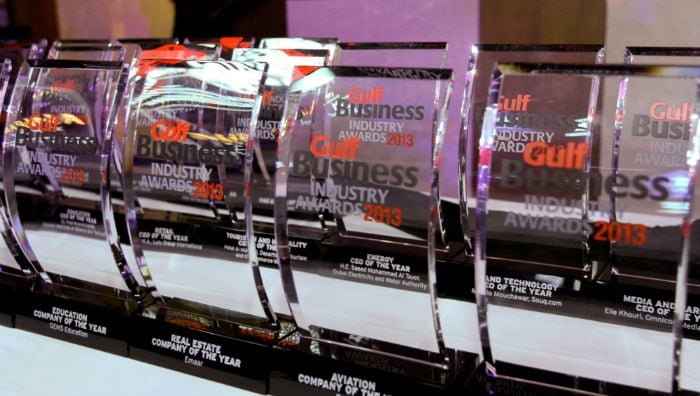 Voting is now closed for the prestigious annual Gulf Business Industry Awards 2014, with nominations highlighting companies that distinguished themselves in the past year across different sectors.

The third edition of the awards, to be held in September 2014, will judge companies and CEOs across nine industries including: banking, real estate, aviation, retail, media and marketing, energy, tourism and hospitality, healthcare and IT and tech.

Along with these industries, the Gulf Business Industry Awards will also announce the winners of three individual categories:

Gulf Business will also present a very special Lifetime Achievement Award, given to an individual who has been instrumental in shaping the UAE’s growth and whose vision and leadership has guided the country to success.

The full list of winners and exclusive photos from the event will be revealed via www.gulfbusiness.com on September 15, 2014.