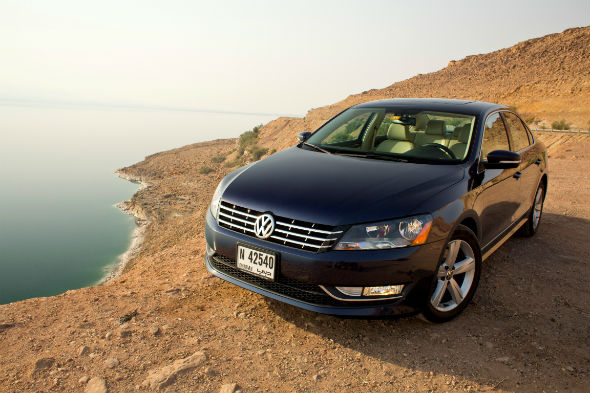 Volkswagen Middle East has reported a 30 per cent rise in deliveries across the GCC for 2013 compared to 2012.

The German automotive company sold nearly 14,000 vehicles across the region with its Passat model performing best.

“While global market conditions are still challenging we are experiencing steady growth in the Middle East and achieving a 30 per cent increase across our regional markets last year, is testament to that,” said Thomas Milz, managing director, Volkswagen Middle East.

“The Passat had a particularly strong year and this is a clear demonstration that the Volkswagen offering of world class German engineering at an affordable price, continues to attract our customers who appreciate the consistent quality and style that our brand brings.”

The Passat was largely influential in Volkswagen Middle East recording its most successful ever month in July last year when sales rose 51 per cent on the same period in 2012.

The European manufacturer also launched the seventh generation of its Golf and Golf GTI models in 2013.

“2013 also represented a year of regional investment in our services in both sales and aftersales,” said Milz.

“A number of our partners across the region will open new state of the art showrooms and service centres this year in an on-going commitment to providing Volkswagen Service Excellence.

“Along with the introduction of new models to our customers, this is an area that will remain a primary focus for us.”