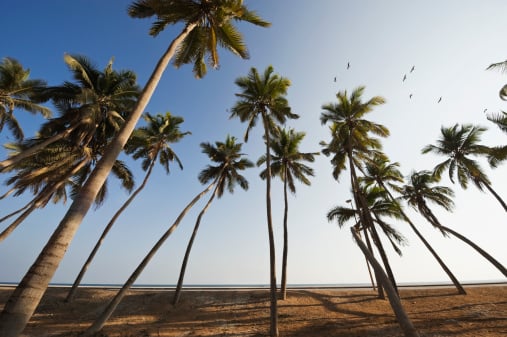 Increased air routes have resulted in a surge of tourism investment and visitor arrivals in Oman’s southern capital.

According to figures released by International Air Transport Data (IATA), air passengers to Salalah increased by 25 per cent last year owing to improved air services to the city.

About 1,600 seats per week will be added to Salalah this month following the expansion of air routes by some of the key regional airlines like Air Arabia, flydubai and Qatar Airways.

Flydubai will begin four Boeing 767 services per week from Dubai this month while Air Arabia will increase operations to six flights per week from Sharjah.

In addition, Qatar Airways will be launching four Airbus A320 services every week from Doha starting later this month while Oman Air has increased its flights from Dubai and Muscat.

Increased air routes, primarily from the aviation hubs like Dubai and Qatar, is expected to strengthen Salalah’s position as a leisure destination to GCC and northern European markets.

Commenting on Salalah’s growth in the travel and tourism, His Excellency Ahmed bin Nasser Al Mahrizi, Oman’s minister of tourism said: “Salalah is undergoing a remarkable transformation from a seasonal destination associated with the Salalah Tourism Festival to the year-round destination of choice for leisure, nature and adventure travel from the GCC.

“It is a unique and beautiful part of Arabia with a temperate climate year-round. Improved air services are stimulating travel demand and investment in new accommodation and services. The tourism outlook for Southern Oman is very exciting.”