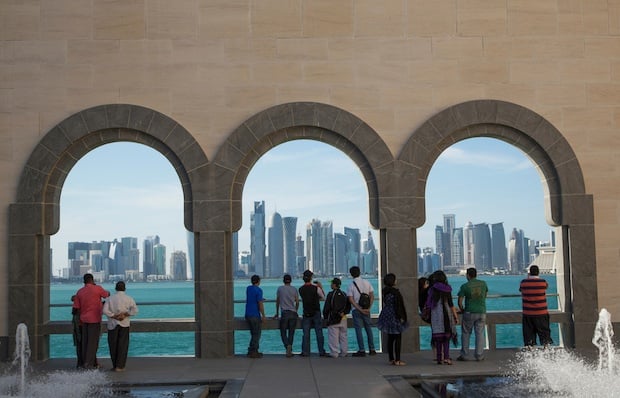 Qatar welcomed 1.4 million visitors in the first half of 2016, down 6 per cent compared to the same period last year, according to data from the Qatar Tourism Authority (QTA).

The timing of Ramadan, which began in early June this year compared to mid-June last year, had a “clear impact” on arrivals during the second quarter, QTA said.

Visitor numbers from the kingdom grew 10 per cent year-on-year, while arrivals from the UAE also rose 13 per cent and those from Bahrain increased marginally by 1 per cent.

Meanwhile hotel occupancy and average room rates were also lower during the first six months of the year, compared to the same period in 2015.

Occupancy rates fell 15 per cent year-on-year, with an average of 64 per cent occupancy recorded across all hotels and hotel apartments in H1 2016.

Along with the slump in demand, the occupancy drop was also partly attributed to a 10 per cent net increase in the number of available rooms, as four new properties opened their doors in the last year.

Average room rates across all hotels and apartments was QAR500 while revenue per available room was QAR319.

Looking ahead, QTA arrivals are expected to be boosted in August because of the Qatar Summer Festival, which runs throughout the month.

“The festival has been designed to attract visits at a traditionally off-peak period in Qatar’s hospitality and retail sectors, with hotel and shopping promotions, cultural performances and sports events that will drive footfall to establishments and venues,” the authority said.

QTA has projected visitor arrival figures to further increase in Q4 as the 2016/17 cruise season begins in October. So far, 32 ships have registered to dock in Doha’s ports and are expected to carry over 50,000 visitors on board, a 10-fold increase from last year.

“This growth will continue as QTA and its partners set in motion plans to redevelop Doha Port, creating an attractive stop for cruise ships in the Gulf,” said Al-Ibrahim.

“As economic conditions improve and the number of travellers rises again, we are determined to be ready with tourism products that can retain leisure visitors, and increase the average length of stay of business visitors.

“We are actively engaged on many fronts in line with the Qatar National Tourism Sector Strategy 2030 to develop a sustainable tourism sector, including efforts to encourage investment in tourism, boosting cruise tourism, and expanding international promotional activity,” he added.

As part of its strategy, Qatar aims to welcome between seven to nine million annual tourists by the year 2030, up from an estimated 4.3 to five million in 2022 – when it is set to host the FIFA World Cup. Roughly 2.93 million tourists visited the country last year, up 3.7 per cent from 2014.