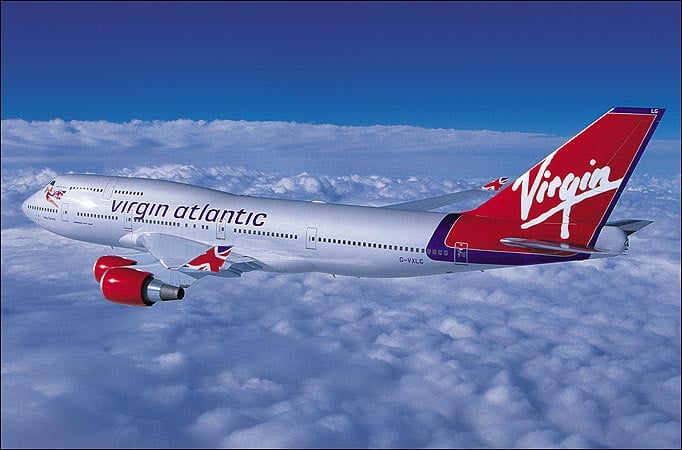 Virgin Atlantic will be eyeing more business traffic between Dubai and the US following yesterday’s news that Delta Airlines will buy Singapore Airlines’ 49 per cent stake in Virgin.

Virgin has also announced a joint venture with Delta which will create an expanded transatlantic network.

The move should help both carriers compete more forcefully with Gulf carriers for US-Middle Eastern traffic, and further bolster their business on the ultra-competitive transatlantic New-York London route.

The moves are subject to US Department of Transportation (DOT) regulatory approval but Virgin said it is “confident that the DOT will approve the joint venture and it will come into effect within the next 12 months”.

The new partnership would let both carriers offer more flights at Heathrow, Europe’s busiest airport, where landing-slot constraints have limited their growth. It also gives Delta the ability to attract corporate travellers as it competes with United Continental and American Airlines, whose partnership with British Airways dominates travel between the United States and London.

Delta and Virgin said their agreement would generate new revenue and leverage Virgin’s strong luxury brand. The venture also will be “very positive and accretive for our long-term partners … KLM, Air France and Alitalia,” Delta Chief Executive Richard Anderson said, referring to the European airlines with which Delta already has partnerships.

The deal had been two years in the making, and talks intensified over the summer, said Peter Norris, chairman of Virgin Atlantic Group and Virgin Group Holdings.

Richard Branson, Virgin’s CEO, said the deal “signals a new era of expansion,” adding that the companies “will cooperate on growing the number of places we fly.”

The partnership also will provide “really effective competition” with the top-ranked alliance between British Airways and AMR Corp’s (AAMRQ.PK) American Airlines, which has 60 per cent of the market between the United States and London, he said. Branson dismissed speculation that he would cede control or leave the business.

“I’m not going anywhere,” he said.

Under the joint venture, Delta and Virgin would share costs and revenue on routes between Britain and North America, operating 31 round-trip flights between the UK and all of North America during the peak seasons, 23 of which operate at London Heathrow. Currently, Delta operates 10 of those flights and Virgin the remainder.