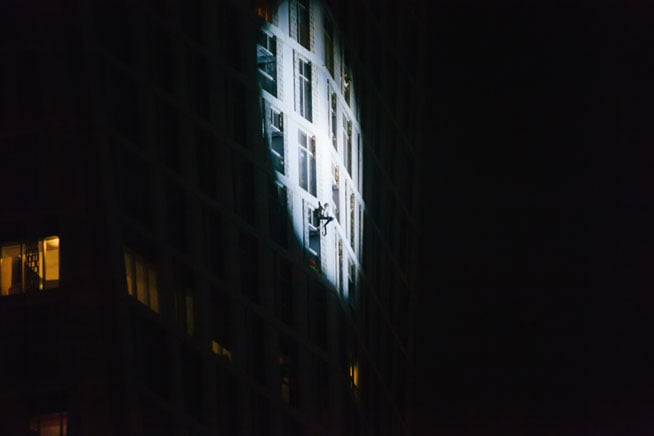 The 52-year-old, who has also scaled Burj Khalifa, made the climb without the aid of ropes or any support, and reached the summit of the 310-metre building 25 minutes sooner than he had hoped.

The building, developed by Saudi-based Cayan Group, was surrounded by eager spectators, who cheered Robert as he achieved the feat.