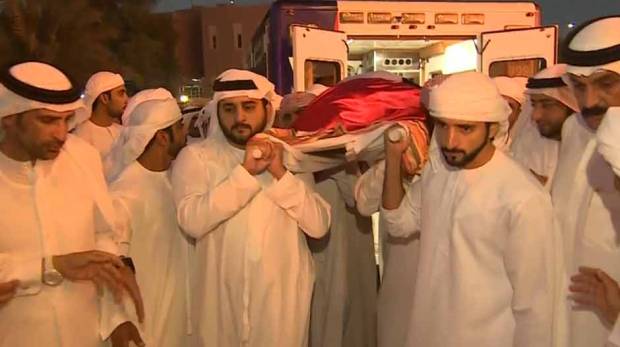 The late Sheikh Rashid bin Mohammed bin Rashid Al Maktoum, the eldest son of Dubai’s ruler, was laid to rest on Saturday at the Umm Hurair cemetery in Bur Dubai after a grand procession.

He died on Saturday morning due to a heart attack.

Sheikh Rashid, 33, was the owner of Zabeel Stables and the eldest son of Sheikh Mohammed bin Rashid Al Maktoum, who is also the United Arab Emirates’ Prime Minister and Vice President.

UAE President Sheikh Khalifa bin Zayed Al Nahyan declared a three-day mourning period across the country during which flags will be flown at half-mast.

Condolences were offered to Sheikh Mohammed from across the country and other international leaders.

The Dubai Media Office has compiled a video highlighting the life and achievements of the late Sheikh Rashid.