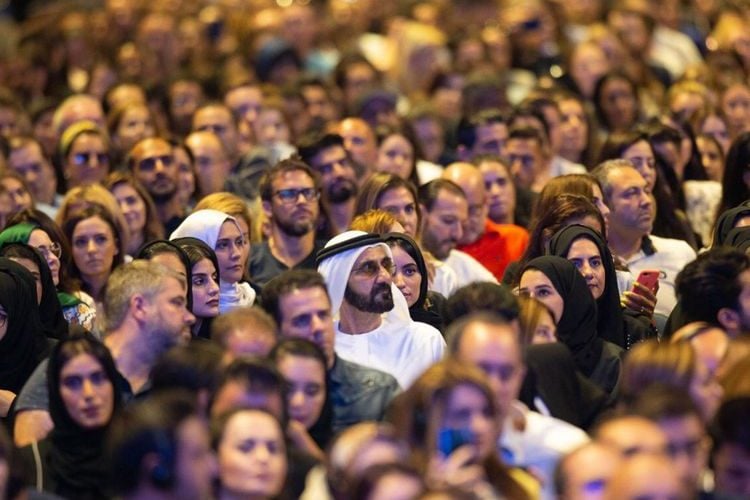 The ‘Achieve the Unimaginable’ event – Robbins’ first in Dubai – was held at the recently-opened Coca-Cola Arena.

Taking to Twitter, Sheikh Mohammed said the event was the start of efforts to “build a brighter future”.

“With 10,000 aspiring leaders and positive change makers at the biggest motivational event in the region,” he wrote.

“Gathering a crowd of 10,000 is just the beginning to lead societies towards a better future. We have more to come.”

Appearing alongside Robbins at the Coca-Cola Arena was singer Alicia Keys, US artist Prince EA and Nick Vujicic.

Born without limbs as a result the rare tetra-amelia syndrome, Vujicic is also a popular motivational speaker who has travelled the world.

Developed as part of a collaboration between Dubai-based developer, Meraas, and international venue management company AEG Ogden, the Coca-Cola Arena officially opened its doors to the public with a performance by Canadian comedian Russell Peters on June 6, 2019.

The venue has since hosted performances by Maroon 5, The 1975 and Westlife.