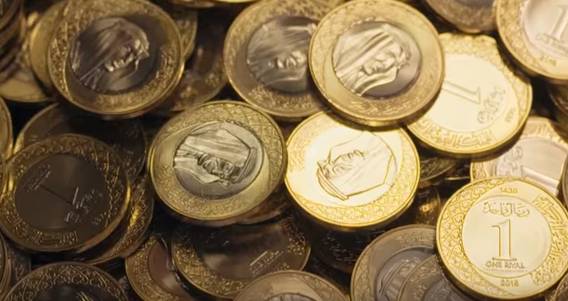 The new notes are identical in size to the existing currency but include new print features that are harder to forge.

The currency was released under the motto: Confidence and security, according to SAMA.

The new notes have vibrant look with noticeable foil security details while many of the coins feature intricate designs at the top and bottom.

SAMA Governor Ahmed Al-Khulaifi said the new currency would be available from SAMA branches from December 26.

The first batch of new notes and coins was delivered to King Salman on Monday.

New bank notes were previously issued for the late King Abdullah in 2007.

The first Saudi currency was launched in 1935 with the siver riyal, half riyal and quarter riyal.