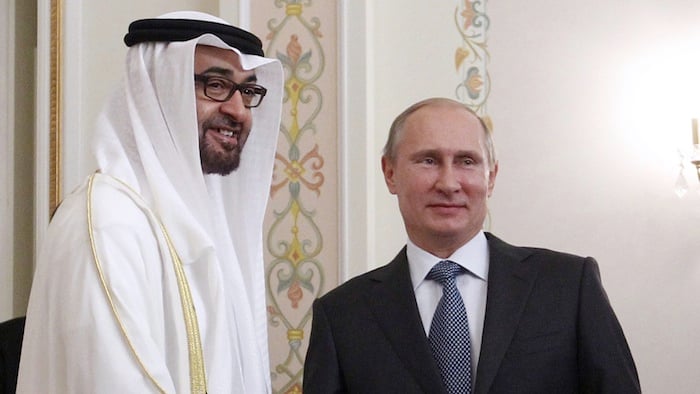 Vladimir Putin is coming to the UAE.

The Russian President is set to begin an official state visit in the UAE on Tuesday. It will be his second official visit to the UAE since 2007.

Russian officials said the visit carries extra meaning given the current economic and geopolitical climate. It also comes at a time of complications in the Gulf, as one of Russia’s key regional allies is Iran.

According to Emirates News Agency (WAM), tourism between Russia and the UAE is increasing. More than 900,000 Russian citizens visited the UAE in 2018, according to WAM, while more Emiratis are also travelling to Russia – the world’s largest nation by land area by far – for holidays.

Among the topics that could potentially be discussed during Putin’s visit is cooperation in space. The UAE’s first astronaut Hazza Al Mansouri returned to the country on Saturday after becoming the first Arab to reach the International Space Station (ISS).