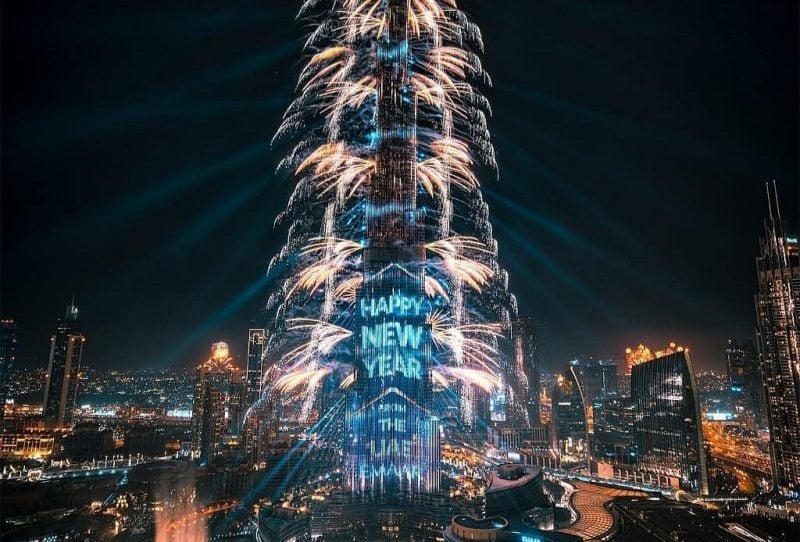 The world’s tallest tower in Dubai, Burj Khalifa will be bring back its popular fireworks show to ring the New Year, with thousands expected to flock to the area.

Burj Khalifa will also combine an LED lightshow, which will start at 11.57pm and last for a total of eight minutes. Meanwhile the Dubai Fountain will host a special show with a never-seen-before choreography, and the neighbouring Burj Park in Downtown Dubai will also feature a live DJ set and a selection of F&B outlets.

Keep in mind @MyDowntownDubai's traffic closure plan & safety instructions in order to make the most out of the celebration! We look forward to seeing you tomorrow.?

To ease traffic flow in and around Downtown Dubai, the Roads and Transport Authority (RTA) has announced that several roads will be closed at different phases.

* Al Asayel Street will be closed from 4pm

* Mohammed Bin Rashid Boulevard road will be closed from 5pm

* DIFC roundabout at Happiness Street will be closed from 10pm

The Burj Khalifa Metro station will also be closed from 10pm to 6am, and shuttle buses will be available for visitors to reach the venue.

Making sure you enjoy your New Year's Eve celebrations, we have prepared a full traffic plan to ensure your safety and comfort. Watch to learn more. #MyDubaiNewYear2020 #EmaarNYE2020 pic.twitter.com/xKtlUMn1b0

More than 3,000 security officers and hundreds of police patrols will also be deployed across the city.