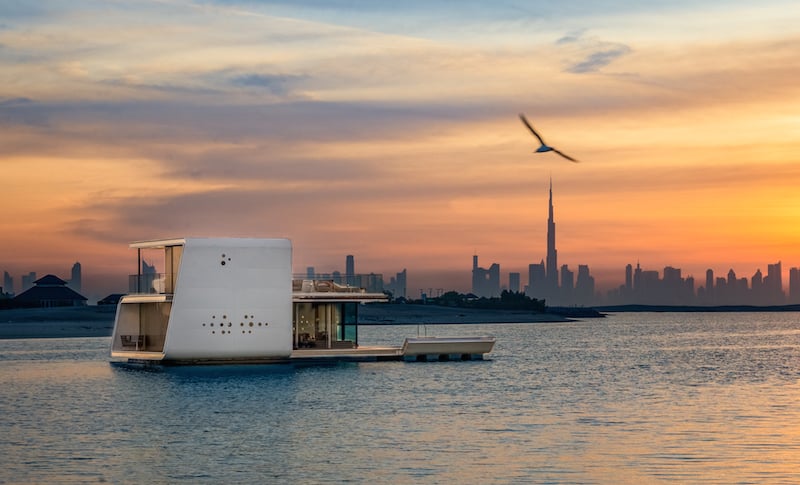 A new type of floating villa has been unveiled at the $5bn Heart of Europe project, located in Dubai’s World Islands.

The signature edition of the floating seahorse – spanning just over 4,000 square feet across three levels – features four living / sleeping areas. With an outdoor pool, two underwater rooms and a jacuzzi that’s on the roof, the villa can accommodate up to 20 people. 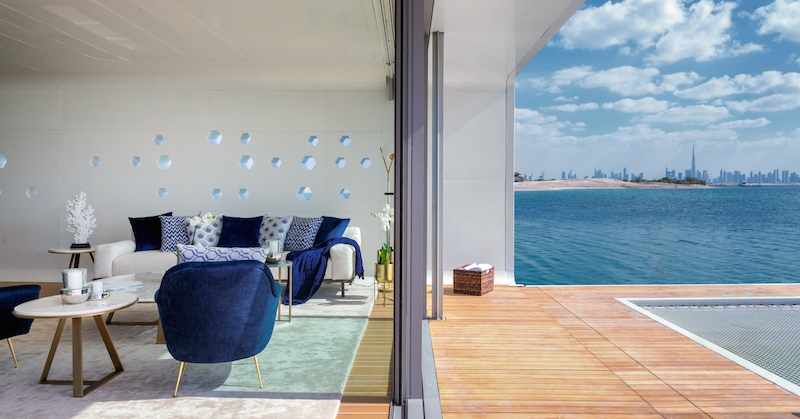 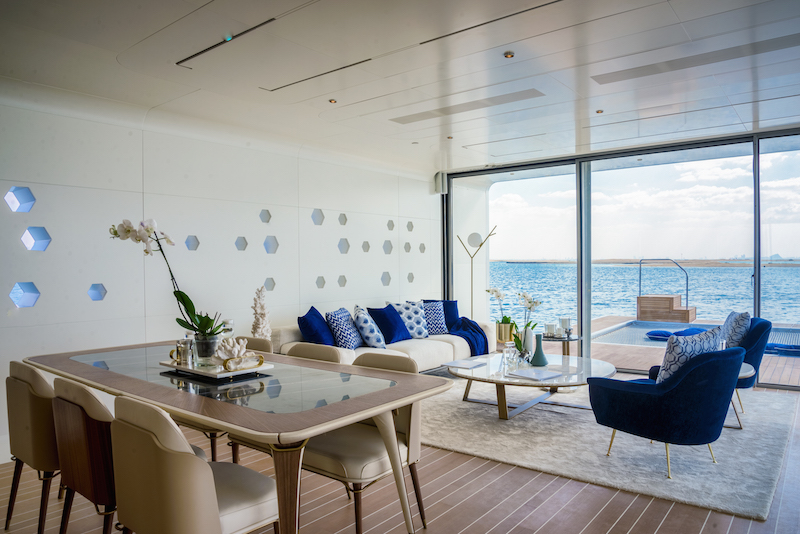 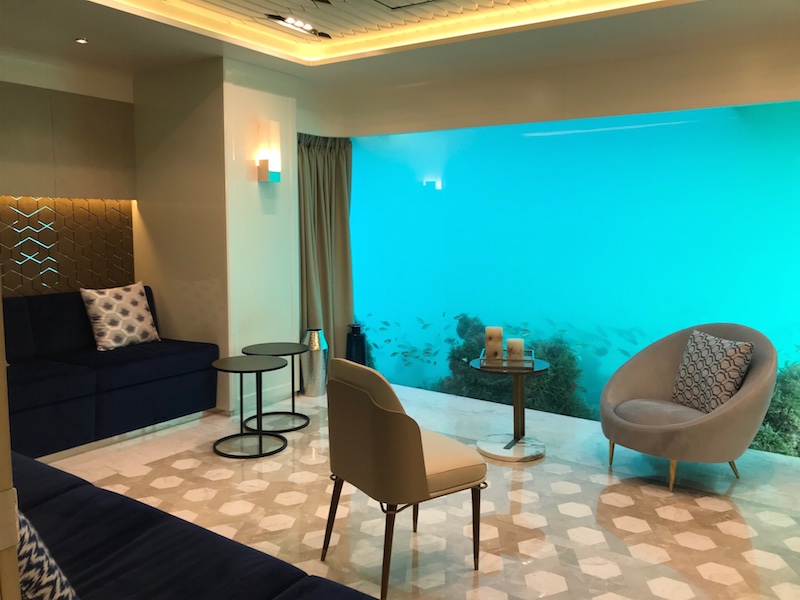 A single prototype of the villa is currently moored within the project, which is being developed by the Kleindienst Group. 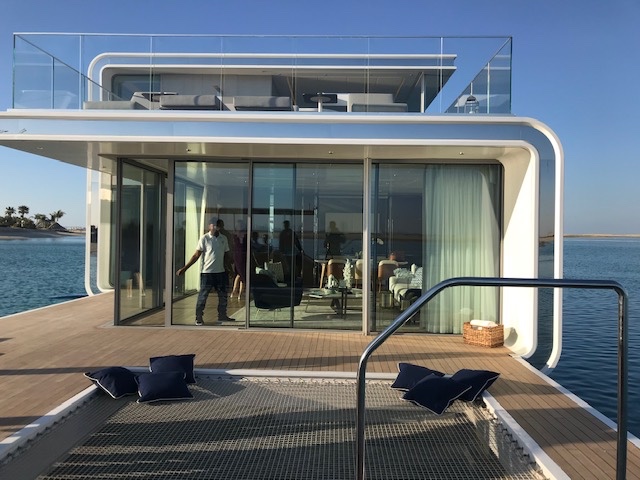 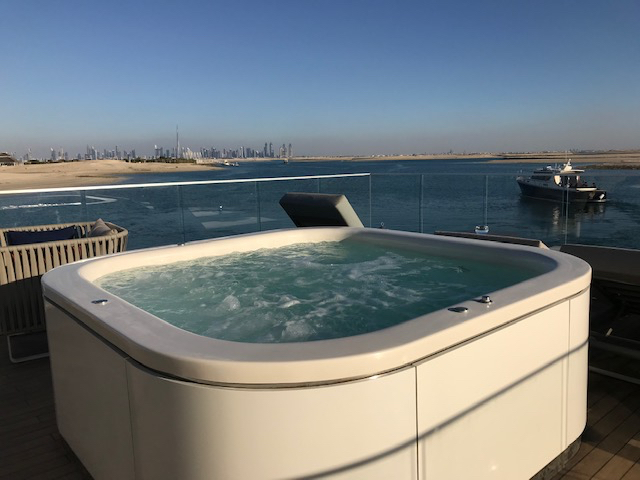 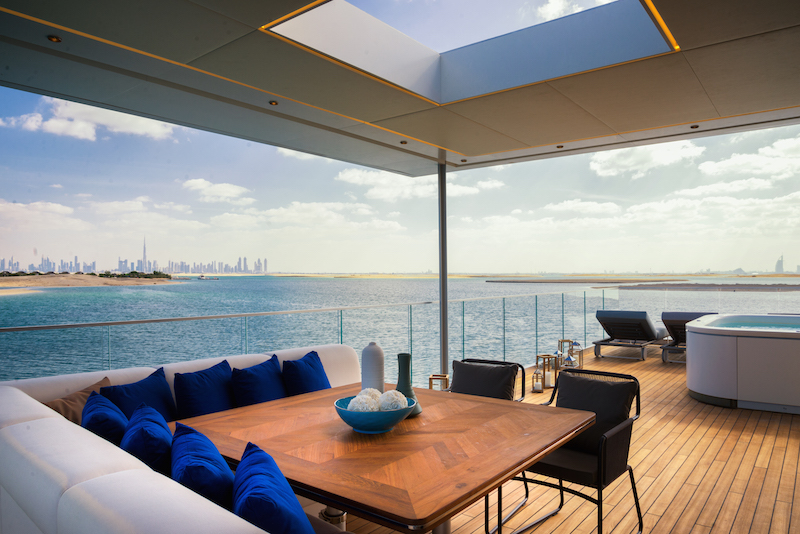 Speaking to reporters in August last year, Josef Kleindienst, the chairman of group, confirmed that the company was building 131 seahorses in total.

He had also said at the time that 40 would be completed by the end of 2018. However, apart from the two prototypes on display, none of the villas have been completed. 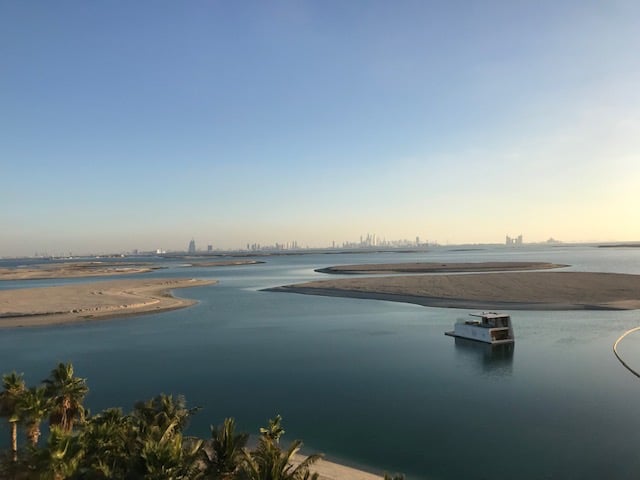 “The first floating seahorse villa was deployed as per schedule in 2016. Several key improvements have been implemented since then,” a spokesperson said.

“Through the improvements we can now offer a dual licence, a 100 year life time, an increased underwater garden experience, improved layouts, optimised finishing and more. It was therefore decided to hand over all 78 floating seahorses (phase 1) in 2019.”

The price of the villas now start from Dhs20m – up from Dhs15m in August. Along with the signature edition, a ‘Bentley Home-edition’ is also available to investors – which will be more expensive.

A total of 80 of the villas ( including all the signature edition units) have been sold so far.

Also read: Dubai’s Heart of Europe project sells out 85% of phase one

Earlier this month, Kleindienst also revealed that it has received approval from the government to register the floating structure as a Villa. Buyers will own not only the structure but also the ocean plot beneath – subject to authority approval, the company said.

Kleindienst said it has initiated the plot sub-division application process.

Overall, the Heart of Europe will feature six islands in total, offering 4,000 units when fully ready. 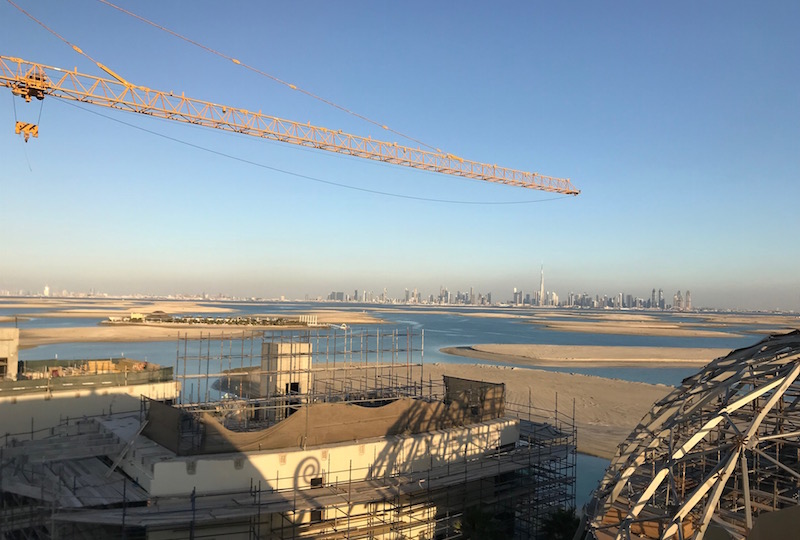 Last year, Kleindienst unveiled 10 opulent beach palaces on Sweden island – all of which have been sold.

The palaces each span a total built-up area of 26,445sqm, are spread across six levels, and include seven bedrooms, a gym and fitness area, sauna room, a snow room, an infinity pool, a massive party hall with a glass roof and an open-air terrace with scenic views of Dubai.

All the 10 were slated for completion last year, but work is still underway.

Another island that was initially eyeing completion by the end of 2018 was Germany, which features 32 residential villas. In November, the company confirmed that all the villas were sold out that construction was expected to be complete in Q2 2019.

The units, including 15 beachfront and 17 lagoon villas, were priced at an average of Dhs26.2m and Dhs11.5m respectively.

Kleindienst was also aiming to set a world record last year, for being the first to build a hotel in one year in Dubai.

The five-star Portofino hotel on the Mainland Europe island – featuring 452 rooms – was expected to have a soft launch on New Year’s Eve. However its opening has now been pushed back to the fourth quarter of this year.

“The initial delay was caused by island logistics and other issues which are now all solved,” the spokesperson said.

Last year, Josef Kleindienst said that the company was guaranteeing investors 100 per cent return on investment after 12 years.