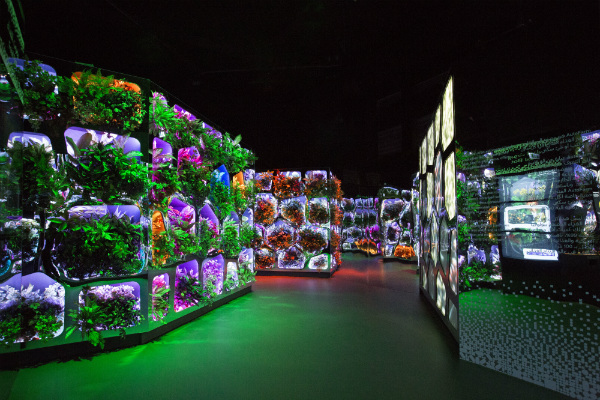 This year’s Museum of the Future exhibition at the World Government Summit in Dubai focussed on the theme ‘climate change reimagined’.

Through various videos and interactive displays, visitors are given a glimpse of a future where the world has been devastated by climate change and Dubai has emerged as a key player in sustainable development.

This is part of the introduction video setting the tone for the rest of the museum. 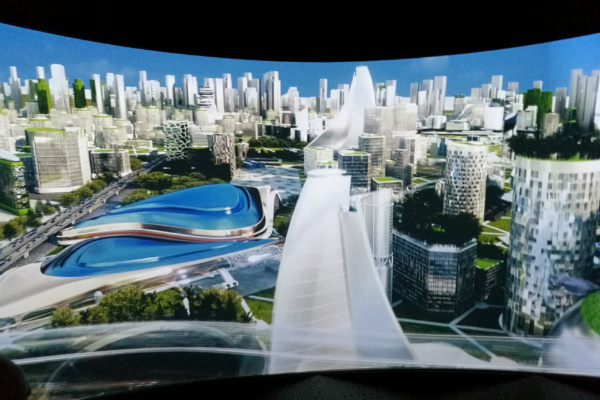 The introduction area also shows renderings of what Dubai could look like in the future. 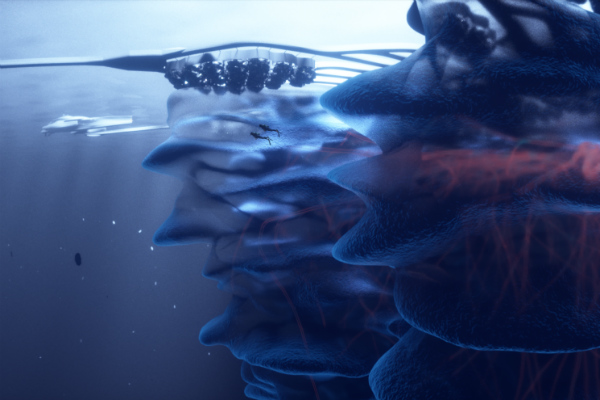 One potential future technology highlighted is organic desalination, which is performed via platforms off the city’s coast like this.

The platforms produce clean water through a system combining jellyfish DNA with that of trees. 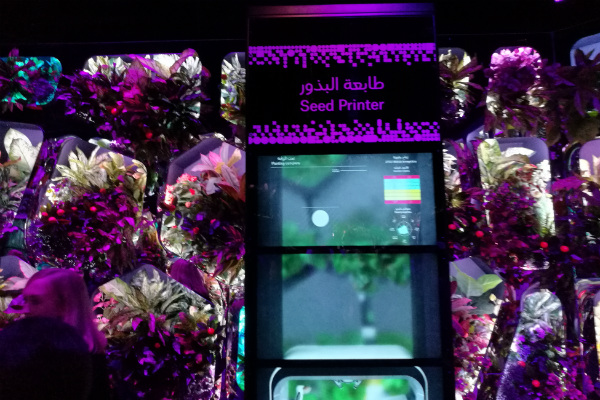 Another area seeks to highlight how food could be grown and processed in the future, using techniques like 3D printing. 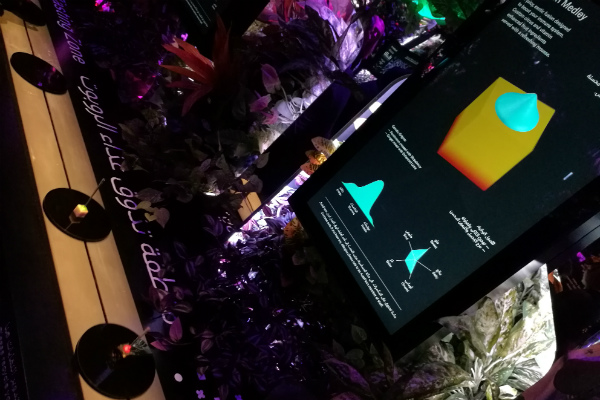 Visitors are given the chance to try ‘mineral medleys’ engineered to provide key nutrients. 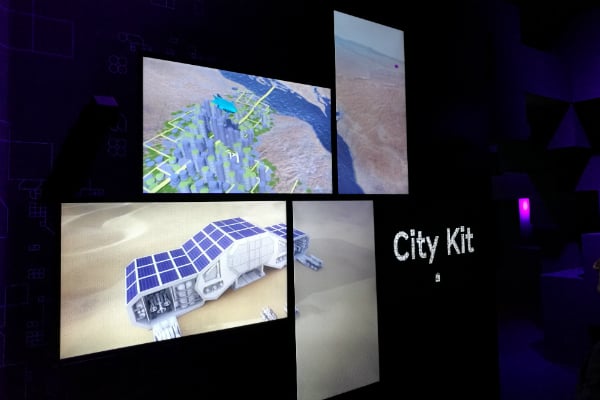 Following this there is the introduction of the City Kit concept – a self-building infrastructure that uses biotechnology and robotics to grow new buildings. 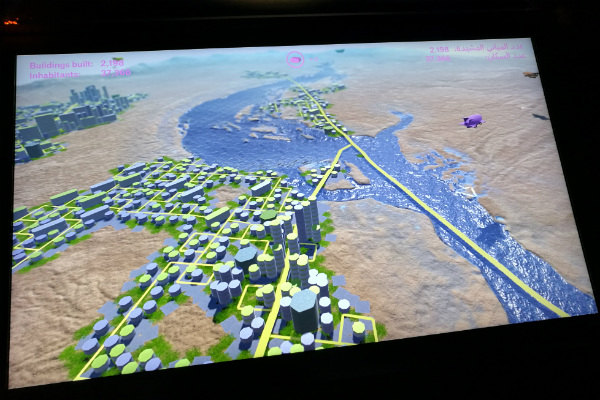 During a mini game, visitors can drop city kits on a landscape to grow new cities using local resources like sand and bacteria. 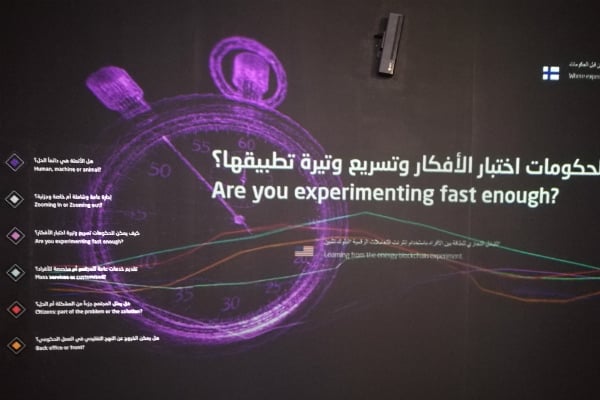 The final area showcases new technologies being tried and tested in different parts of the world. 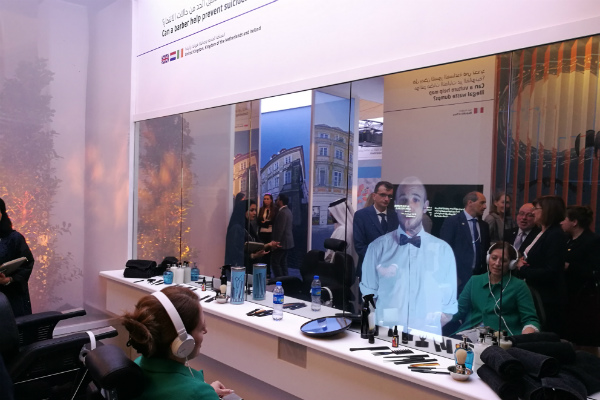 Among them is this barber concept, which seeks to show how a hairdresser can prevent suicides. 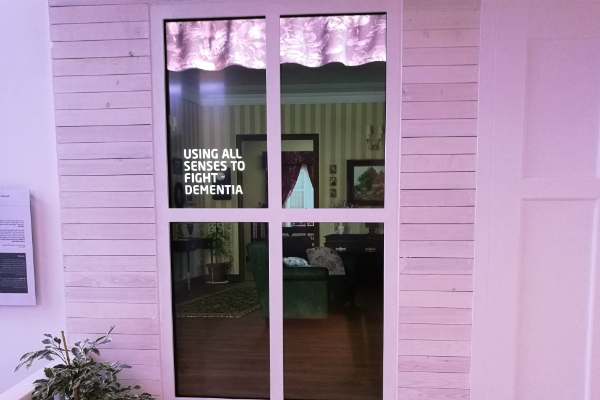 Another from the US shows how a nursing home is recreating the sites and smells of tenants’ youth to keep their brains active and fight dementia.