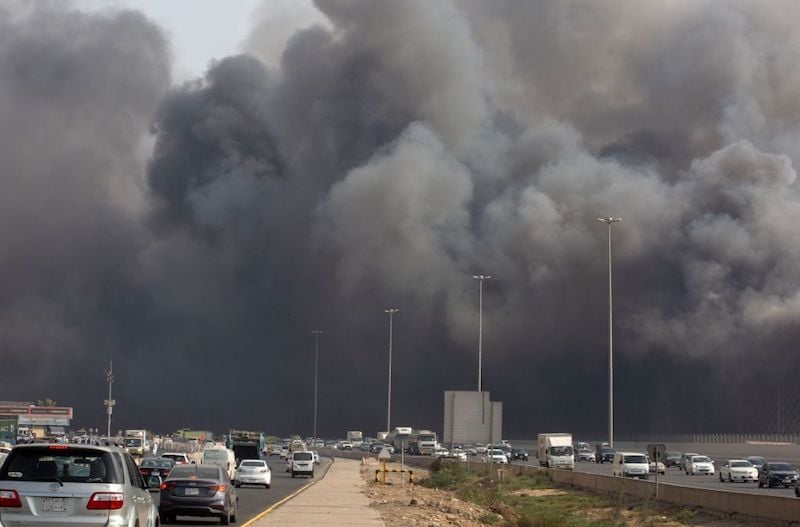 A huge fire broke out at a high-speed railway station in Saudi Arabia on Sunday.

Videos posted to social media showed huge plumes of black smoke billowing out of the Haramain train station in Jeddah. Videos also showed firefighters – and firefighting helicopters – desperately trying to contain the blaze as at least a dozen people could be seen on the roof.

Civil aviation works on rescuing detainees at the Haramain high speed train station in #Jeddah.
•
No injuries reported until this moment. pic.twitter.com/mk5WJXq2YG 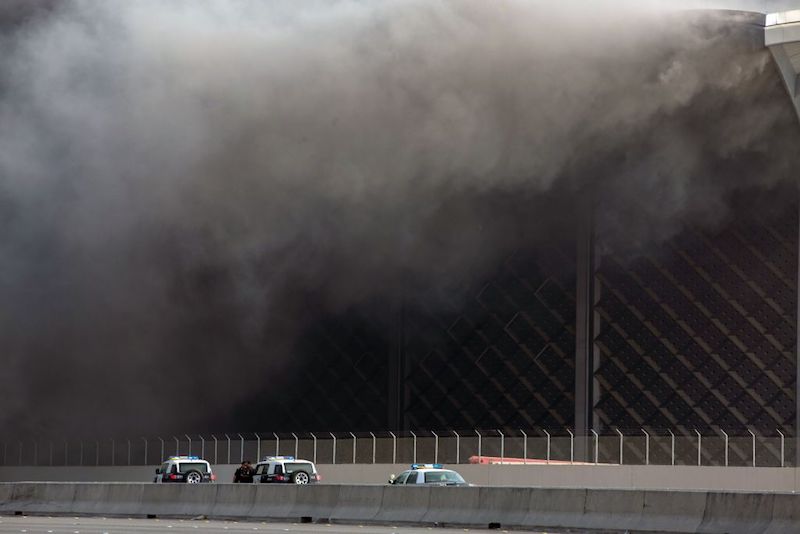 The full extent of the damage remains unknown, as does the cause of the blaze. 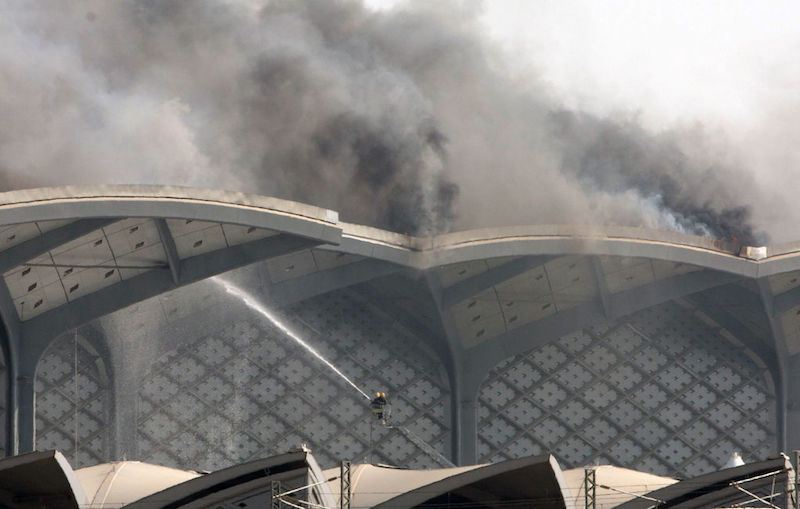 The Haramain station was opened last year as part of an initiative to connect the holy cities of Makkah and Madinah by rail with Jeddah. The 450-kilometre line was built at a cost of approximately $7.3bn. Trains on the line are capable of travelling up to 300 kilometres per hour. 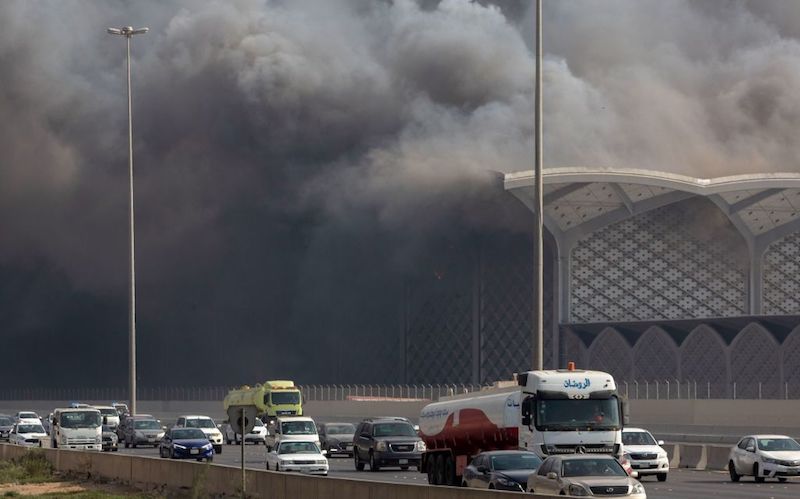 The rail project is one of many in the kingdom, themselves part of the much larger Vision 2030.