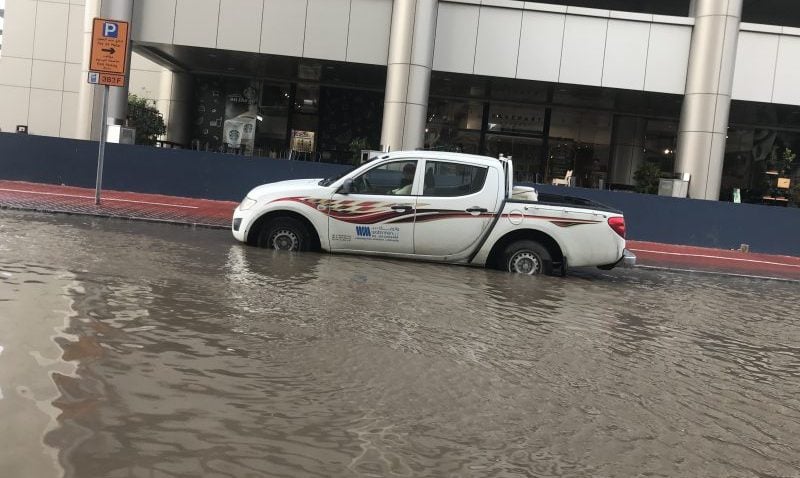 The country is experiencing “unstable weather conditions due to an extension of a surface low pressure, accompanied with deepening upper air trough”, the National Center of Meteorology (NCM) said in its bulletin.

The weather will remain cloudy on Sunday, with rainfall accompanied with lighting and thunder at times over scattered areas during the day, continuing northward and eastward during night, the NCM said.

Several parts of the UAE also witnessed heavy rainfall accompanied by hail and lightning on Saturday.

The NCM urged people to take precautions due to poor visibility due to heavy rain and were asked to stay away from areas of flash floods.

Moderate to fresh winds, reaching speeds of up to 60km/hr, are expected on Sunday, causing blowing dust and sand over some exposed areas, the NCM said.

Looking ahead, the weather on Monday will remain partly cloudy with a “significant decrease in temperatures”.

For the week ahead, the weather is forecast to be fair to partly cloudy with the increased humidity expected at night and early morning over some coastal and internal areas with a chance of fog and mist formation.