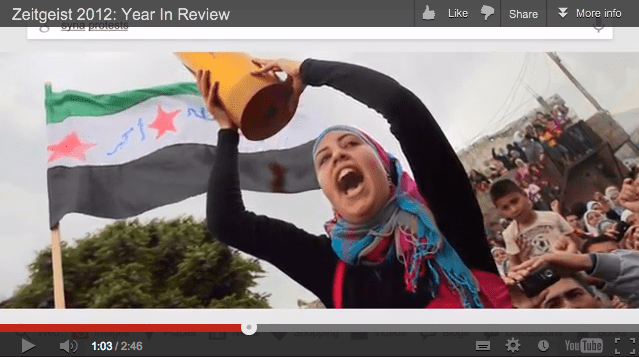 With 2012 almost over Google has made its annual zeitgeist video, bringing together the world’s most significant, popular and memorable moments from the last 12 months in a montage less than three minutes long.


The Californian company has also released its annual zeitgeist report, highlighting the most searched terms around the world in 2012.

Click here to see what people in the UAE searched for most this year.