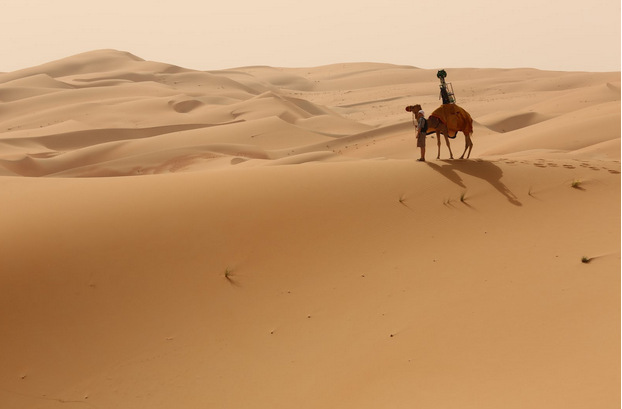 The company used the Trekker, its latest camera system in its Street View fleet, to capture the imagery. The Trekker was placed atop a camel, gathering images as it walked through the sand.

“This allowed us to gather authentic images for the collection as well as minimise our disruption of this fragile environment,” Google said in a statement.

A short video on how it was created. Story continues below.

Other landmarks covered in the MENA region include the Burj Khalifa in Dubai, the Sheikh Zayed Grand Mosque in Abu Dhabi, the National Museum of Iraq and the Museum of Islamic Art in Qatar.