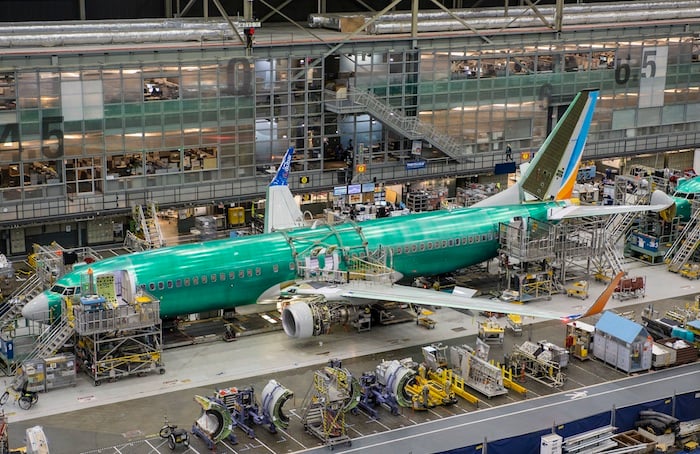 Walking into aircraft manufacturer Boeing’s 737 production facility in Renton would be a dream for any aviation buff since the site has been home to many of its most popular airplanes such as the 707, 727 and 757.

As the airline gets ready to receive its 49th airplane from Boeing this year, Gulf Business got a rare chance to visit the factory and step into the aircraft as it gets assembled prior to delivery.

Here’s a glimpse of what we saw. (Story continues after video)

The 737 is currently the fastest aircraft in terms of production time, with the Renton facility assembling 42 airplanes every month. From the time a fuselage enters the building, it takes 10 days to complete an aircraft.

Alongside the Renton site, Boeing also has its 737 Configuration Studio and a Customer Experience Centre, which provide potential and existing customers with additional support and services.

The new 737 MAX has outperformed its predecessor, receiving 2,724 firm orders since its launch in December 2011 and becoming the best-selling in Boeing’s history.