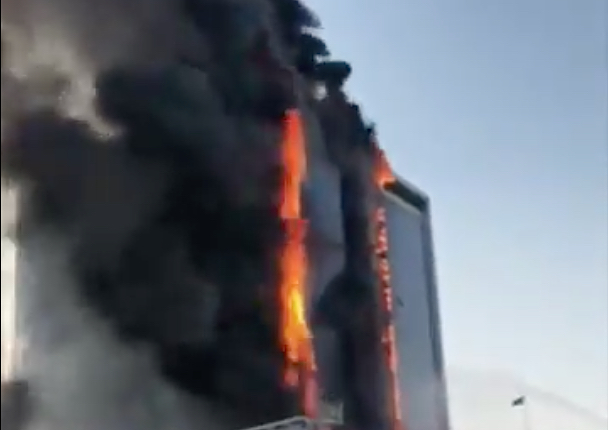 A fire broke out at the Public Prosecution building in the Saudi city of Dammam on Sunday afternoon.

No one was injured in the blaze, the official Saudi Press Agency (SPA) quoted the attorney general Sheikh Saud bin Abdullah as saying.

He also confirmed that there was no damage or loss in terms of the documentation related to cases in the branch. All the branches of the Public Prosecution have a centralised electronic case system through which backup copies of each action are taken directly at a special information center at headquarters, he said.

“The highest levels of information security are in place,” he added.

The fire reportedly began in the terrace of the 10-storey tower, following a technical fault at the air-conditioning system, local daily Saudi Gazette reported.

It then spread to the lower floors and engulfed the entire building – which is located on the Dammam-Jubail Expressway.

Firefighting teams from the Civil Defence had to also use a helicopter to extinguish the fire.

Officials said those working at the Public Prosecution office will resume work at another building on Monday.

Prince Saud Bin Naif, emir of the Eastern Province, has ordered a committee to investigate the incident, the report added.