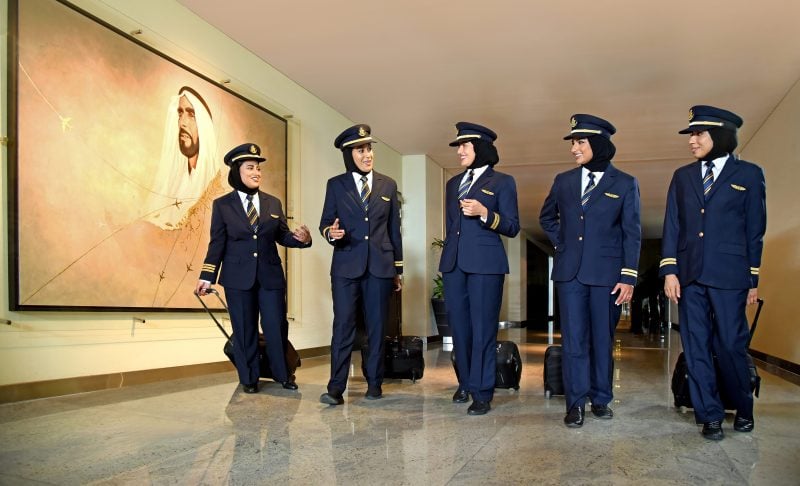 Women can fly high (and far) at Emirates – that’s the literal message from a new video released by the UAE airline.

A number of companies across the UAE highlighted their efforts to empower and support women for Emirati Women’s Day (August 28). Emirates decided to showcase just how far women at the company can go, by highlighting the work of its female pilots.

The Dubai-based company – the largest airline in the Middle East in terms of destinations served – has released similar videos on Emirati Women’s Day and International Women’s Day (March 8) in the past. In 2018, the airline highlighted women embodying the vision of UAE founder Sheikh Zayed bin Sultan Al Nahyan, and how women are helping achieve that vision. 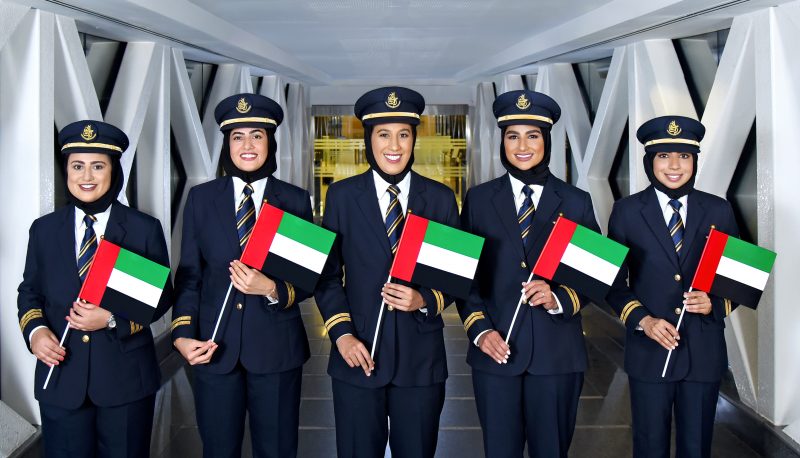 Emirates Group employs more than 1,100 Emirati women across the many divisions of the company. Roles include flight operations, engineering, airport services, corporate roles, commercial sales and customer affairs, and more.

According to the 2018 edition of the World Economic Forum’s Global Gender Gap Report, the UAE was one of the best-performing nations in the Middle East and North Africa in terms of closing the gender gap between women and men.

The UAE’s Federal National Council (FNC) is chaired by a woman, and there are nine female ministers who serve in the UAE cabinet. Further, women make up about 66 per cent of the nation’s public sector workers, and account for 75 per cent of jobs in the health and education sectors. There are also numerous Emirati women working in fields such as space, justice and artificial intelligence (AI).