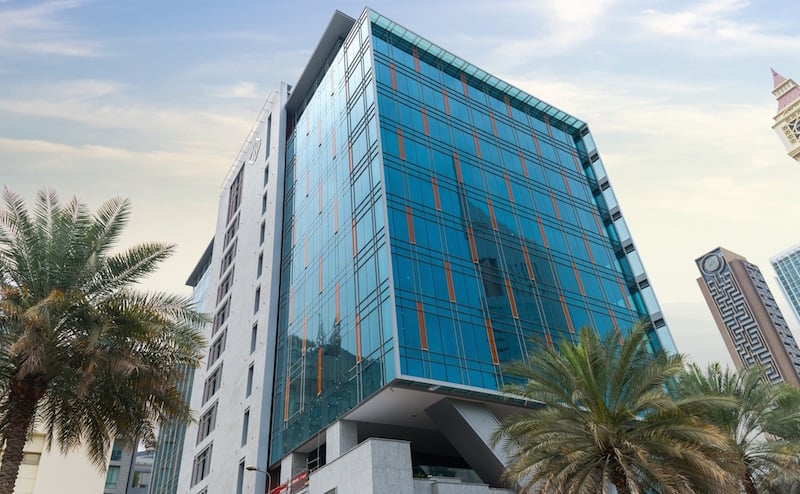 The Dubai International Financial Centre (DIFC) has released a time-lapse video of its new Dhs180m ($49m) tower, the Exchange building.

Located at the DIFC Gate Village, the development was completed in March and includes a total leasable area of 147,000 sqft, of which 114,000 sqft is office space and 33,000 sqft is retail space.

The eight-storey building comprises five basement levels, office space and a conference centre. It also features The Exchange Square – a landscaped piazza which is an extension of the existing Gate Village podium and three restaurants, including a rooftop restaurant.

So far 84 per cent of The Exchange building has been leased, with Nasdaq Dubai being the first occupant, DIFC said in a statement.

Khansaheb Civil Engineering was appointed as the main contractor for the project in July 2016. The concrete skeleton of the development was completed in July 2017.

By 2024, the financial freezone aims to have about 1,000 firms, increase the workforce in DIFC-registered companies to 50,000, and grow the combined balance sheet of firms within it to $400bn.

As part of that expansion, the centre is also developing the Dhs1bn Gate Avenue project, which is expected to be ready in the first half of 2018.

The 660,000 square feet retail and leisure development will link the podium levels of all buildings in the DIFC, from the Gate building to Central Park Towers.

Spread over 880 metres length-wise, Gate Avenue at DIFC will feature over 200 dining, boutique, retail and entertainment options, and a specially-designed new mosque when ready.

At present, 1,853 active registered companies operate from the centre, with a combined workforce of 22,338 professionals.