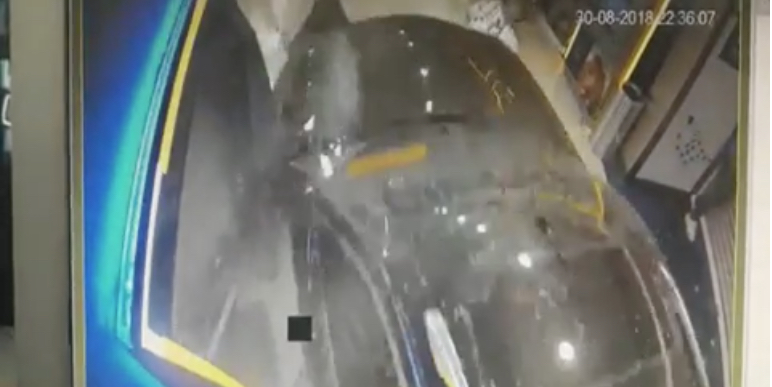 A motorist in Dubai lost control of his vehicle and crashed into an ATM booth on Thursday night, police confirmed.

Two people, including the driver, were injured in the accident at the Burjuman shopping centre.

Police confirmed that the accident, which occurred at 10.50pm, was caused because of “negligent driving” by the 51-year-old driver.

Officials said the man – an Asian – was not under the influence of alcohol or drugs and was also not using his mobile phone.

A video shows people in the ATM scrambling for cover after the vehicle smashed into the booth. A man who was withdrawing cash at the time sustained minor injuries.

The motorist, who has been charged with reckless driving and endangering lives, has been referred to the Dubai Traffic Prosecution.

“The accident was minor and nobody killed. Video of the accident circulated on social networks claiming it was a big accident with a lot of casualties which is not true,” he told Gulf News.