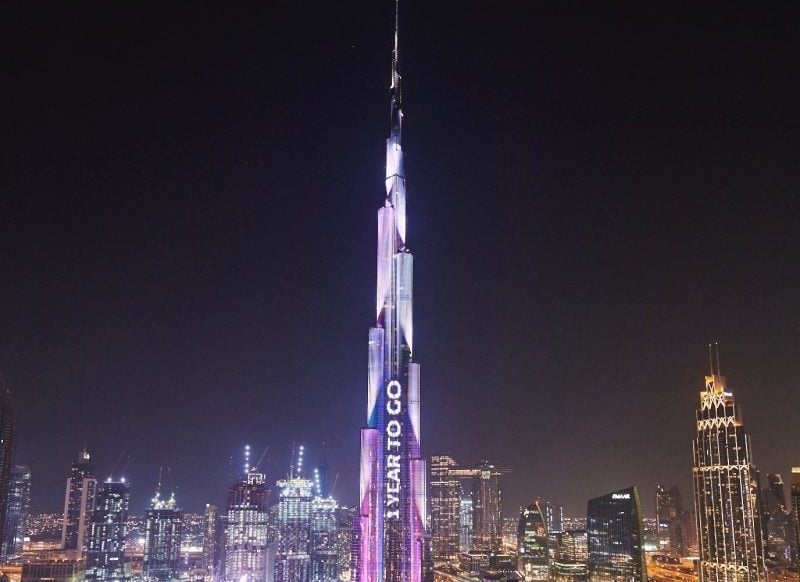 Concerts and festivities were held across the UAE on Sunday to mark the one-year countdown for Dubai Expo 2020.

One year to go until @expo2020dubai begins. Expo 2020 will bring the world together, including more than 200 international participants and millions of people, in a spirit of celebration. pic.twitter.com/u4uRwLglZs

Events in Dubai were headlined by singer Mariah Carey, who entertained the crowd at a free concert in Burj Park, Downtown Dubai. Emirati singer and Expo 2020 ambassador Hussain Al Jassmi also took to the stage at the park.

✨The musical icon and global superstar joins us in celebrating an iconic moment. 1 Year To Go to The World’s Greatest Show. #Expo2020 #Dubai @MariahCarey #MariahCarey pic.twitter.com/6gSXpcC7Ga

Bollywood actress and singer Shraddha Kapoor also made an appearance at Burj Park.

The events – all free – featured musicians, painters, poets and other figures from the UAE’s cultural scene, as well as food, craft areas for children and live streams of Dubai’s headline acts.

Overall, the events saw performances by 100 artists from 26 different nationalities.

Najeeb Mohammed Al-Ali, executive director Expo 2020 Dubai Bureau, said: “This was a wonderful ‘Be There’ moment for the nation after we launched our newest campaign – ‘Be There for the World’s Greatest Show’ – last week.”

Held for six months under the theme ‘Connecting Minds, Creating the Future’, Expo 2020 Dubai will feature 192 participating nations with an anticipated 25 million visits.

The entertainment extravaganza planned for the 173-day event includes concerts, robot workshops as well as live performances by comedians, dancers, acrobats and poets, with over 60 live shows anticipated on a daily basis.

Also read: Exclusive: Dubai Expo 2020 – What is the world expecting?