Video: Behind The Scenes At $2.9bn Dubai Parks And Resorts | UAE News 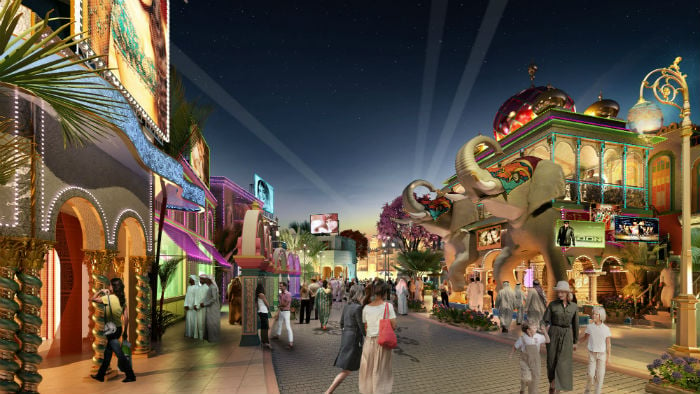 Work on Dubai Parks and Resorts, the $2.9 billion theme park complex coming up in the emirate, has started and developers say it is on track for completion in late 2016.

Located in Jebel Ali, the complex is spread across 25 million sqft in its first phase and includes three theme parks – Hollywood-theme Motiongate Dubai, Bollywood Parks Dubai – the world’s first park themed after the Indian movie industry, and Legoland Dubai – the first of its kind in the Middle East. The development will also feature Riverpark – an entrance plaza with F&B and retail options and Lapita, a 500-room Polynesian themed hotel.

In total, 73 rides and attractions will be featured across the development.

Meraas subsidiary Dubai Parks and Resorts, which is developing the project, invited media this week to check out progress on the site. The exit from Dubai has not been done, so we had to take a round-about route to reach the area. Over 40 per cent of the utilities infrastructure has been completed, and few of the structures have begun coming up, including Raj Mahal, an 800-seat theatre within Bollywood Dubai that will host live shows and the Dreamworks section within Motiongate, an indoor area that will house attractions themed after popular characters such as Smurfs, Shrek and Kungfu Panda.

Here’s a video of what we saw. (Story continues after video)

Speaking to reporters, Brian Machamer, senior director – Theme Park Operations at Dubai Parks & Resorts stressed that the project would be completed on time and was unlike similar high-profile projects announced in the past, that got shelved after the property crash in 2009.

“The problem with Dubailand was that it was way over the top. That’s not the case with us,” he said.

“You can also see from our recent IPO that we have no plans to hide. It’s a big testament to that fact that the project will get completed.”

Ticket prices will be decided around six-seven months prior to launch, and there will be several discount packages available.

“We will benchmark prices in accordance with other entertainment destinations in Dubai; tickets will be competitively priced,” said Machamer.

He also said that there was scope for further expansion within each of the theme parks subject to further demand in the future.

“Based on our feasibility studies, we strongly believe that there is demand for this kind of entertainment in Dubai and across the region.”

The project could also see the addition of other new theme parks although officials remain tightlipped about what’s in store.