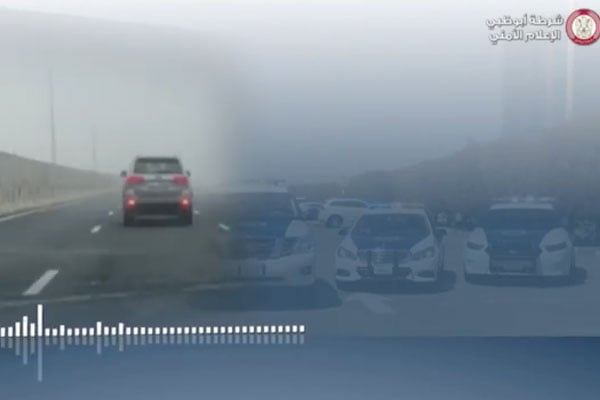 A video posted on the Abu Dhabi Police’s official Instagram page earlier this afternoon showed the operation to bring an out-of-control SUV to halt safely.

It is not clear when the incident occurred, but the driver of the SUV which was on the Abu Dhabi-Al Ain Road set his car to cruise control when driving at 130kph.

However, when he went to disengage the cruise control he found that it had become unresponsive and his brakes had failed too.

By that time a small fire had developed under the car which was quickly extinguished. Incredibly, the entire incident did not result in a single injury.