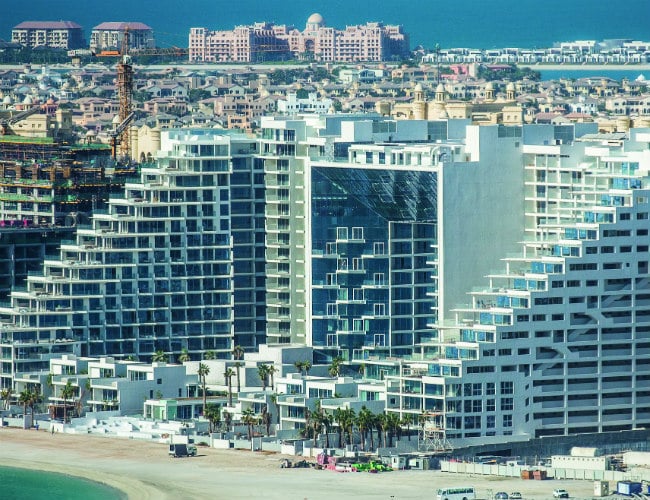 Recent consolidation efforts are not improving the agility or guest experiences of larger hotel groups, the CEO of California-based Viceroy has said.

Speaking to Gulf Business, Bill Walshe argued larger players would not be as quick to market with innovations and deployment changes as their smaller peers, even if they did have advantages in terms of the size of their loyalty programmes.

“The larger they get the slower they get,” he said. “Those large merged conglomerate global organisations – by the time they’ve finished the approval process of a new initiative, we’ve already deployed it.”

Walshe was speaking after the opening of the $1.17bn Viceroy Palm Jumeirah Dubai, which brought the company’s number of open properties to 14.

In comparison Marriott now has 5,700 properties globally and 85 million rewards members following its merger with Starwood Hotels and Resorts Worldwide.

The Viceroy CEO said despite the scale of the competition, smaller hotel operators could still compete through alliances and other measures.

“I don’t see size and scale as being a disadvantage from an execution perspective,” he said.

The company is a member of the Global Hotel Alliance – a loyalty programme that covers 35 luxury hotel brands and 550 properties including the likes of Kempinski, Anantara and Corinthia.

“We have no desire – any of us – to have hundreds of hotels in operation. But we do want to be able to compete, so we collaborate,” he said.

However, despite arguing that scale does not equal a better customer experience, Walshe said the current consolidation period in the industry, which also saw France’s AccorHotels purchase Raffles, Fairmont and Swissôtel brand owner FRHI Hotels & Resorts for $2.9bn last year, is likely to continue.

“Inevitably there is going to be more of that because when you have large publicly traded organisations their primary obligation is to create value for shareholders,” he said.

“The only way I think they can continue to create the value markets have come to expect is through acquisition and to merge with each other.”

Walshe predicted the industry may get to the point where there is no one “left to consume” and a company will emerge “dominant” but he stressed it would not have a profound impact on the Viceroy brand.

“If the senior leadership of larger hotel groups are spending seven of their eight-hour working days structuring mergers and listing and delisting, let them do it. I’ll spend 11 hours of my 12-hour working day keeping our guests happy,” he added.

Speaking more broadly of the local market, the CEO said the UAE was still the most attractive market for hotel companies in the GCC and “will remain so for some considerable time”.

However, he said the opening of the Viceroy Palm Jumeirah Dubai and its other hotel on Abu Dhabi’s Yas Island would “inevitably lead to further opportunities” across the region.
The firm’s new Miami-inspired property, comprising 477 rooms and suites and 221 residences, includes what is claimed to be the world’s largest all glass cube in its entrance lobby structure and the longest pool in the UAE.

“I think there are a lot of nervous luxury hotels within our competitive sphere right now which have seen us arrive and know we’re going to take their business,” he said.