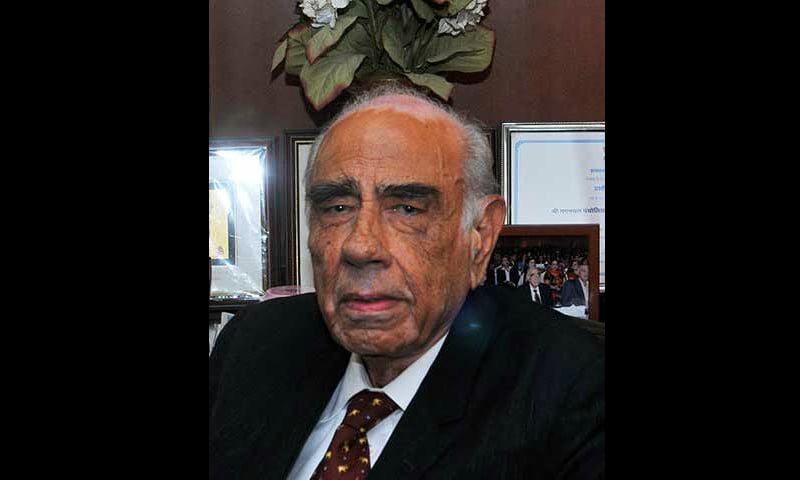 Prominent Indian businessman Maghanmal Jethanand Pancholia, who lived in the UAE for several decades, passed away on Monday afternoon. He was 95.

Pancholia was the founder of the Maghanmal Jethanand Group, which was established in 1942, and was also chairman of Arabian Trading Agency, a Dubai-based company.

Arabian Trading Agency began with pearl trading and food stuff during the early years but has since diversified into consumer electronics, home appliances, watches and jewellery.

Fondly known as Maghaba, Pancholia was also among the first group of Indian expats who set up a company that provided electricity to Dubai.

In 1961, he was also elected director of Dubai Electricity – a post he held until the organisation was nationalised around 1980.

Pancholia also founded Dubai’s Indian High School in the 1960s, and served as its trustee and chairman until 1979.

He was also part of the board of Dubai Chamber of Commerce and Industry, and was founder and permanent trustee of Dubai’s India Club.

Offering his condolences, consul general of India in Dubai, Vipul, told Gulf News: “He was considered the oldest business leader in the community.

“It is a big loss for the community. He was the father figure for the entire community and someone who also devoted a great deal of time for social activities. He has done great service to India and Indians and the UAE.”