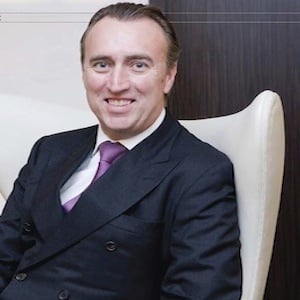 He’s the kind of man that could make you forget you’re recovering from a global financial crisis. Gary Dugan’s calming manner and down-to-earth disposition lead you to believe that some day, one day, it will be all right in the end.

As we peer out from his pristine glass office in Dubai’s Festival City Tower, we survey the busy roads below.

“You see,” says Dugan, chief investment officer (CIO) for Emirates NBD, “I think there is a true underlying improvement, whether it’s in lots of traffic or visitors to Dubai. Sometimes, because of the lack of transparency in data, you have to go on those touchy feely type things.” Then comes a laugh.

It’s like a final shrug to the most uncertain and unprecedented point in the world’s financial history. A period where even the brightest and best business minds are left confounded – having caused the crisis in the first place. As the world continues to rebound in delicate fits and starts from its decade-long binge, Dugan is positive about the UAE market.

“We are only 16 months past the crisis in Dubai. I think people are too impatient, it takes about 18 months, even in emerging markets, to improve again. At the moment, we can only go month by month,” he says.

“If you look at the industry what you are seeing is things are improving and the banks may be lending just a little more money, and the customers are paying up earlier, or there is more demand for their products. This is where most companies are getting their confidence and that is translated into those individuals being better investors.”

UAE government-owned bank Emirates NBD more than doubled its Q4 2010 profit on the previous year to $107 million, mainly because it booked fewer impairments and costs fell. The largest bank in the Middle East by assets, this is good news for both Emirates NBD and the region – and a tentative sign that the long arm of non-performing loans is slowly unfurling its grip.

“Up until last year, around September time, people were still fearful of any financial risk and they would still call us up and ask for quotes on fixed deposits,” says Dugan.

“But customers are getting back into more traditional asset classes again. Since then we’ve seen people interested in commodities and, more recently, equities,” he says, raising an eyebrow in surprise.

But then this was before the big ‘R’ word. Any small quivers of life in the local markets have been firmly eclipsed by the Middle East’s political movement. Egypt and its flurry of carbon-copy protests are draining cash from regional markets on a daily basis. The Egyptian Exchange (EXH) lost 16 per cent of its value on the first day of the political clashes and the effect across regional markets is both volatile and contagious.

Equities in the Middle East also took a massive hit in the recession as investors scrambled for safer havens. The Gulf faced increased competition from other emerging markets with more firm regulations and ‘safe’ assets, such as gold.

Dugan knows a lot about gold. This year, he launched Emirates NBD’s innovative gold-buying programme where customers can buy physical gold over the counter via a certificate. It’s the posh equivalent of visiting Deira’s gold souk in Dubai, if you will.

“There was a strong demand for gold but it was not being met with an actual product. If you look internationally at private banking, there is a big wave towards using gold inside a portfolio. Much more than I have seen in the past,” he says.

“Originally, it was fear but now it is seen as a prudent way of managing a portfolio. It’s interesting that we have gone from zero, to an average of 15 per cent gold in portfolios globally.”

Sustained quantitative easing and the chaos and uncertainty of today’s financial and political climate has steadily inched the price of gold up; first, past the unprecedented $1,000 an ounce mark, and now to around $1,400. Could it ever reach the unthinkable $2,000?

“I don’t think so,” he laughs, “I wouldn’t want to live in that world because it would be catastrophic. The gold price could go up to $1,500 by the end of year, and $1,800 on an 18-month view. I am not that interested in where the price of gold goes because if it goes down, it means my clients would have made a lot of money on everything else in their portfolio.”

Dugan adds that when the price of gold falls “you don’t need it because the world is beautiful out there. There are no nuclear bombs and there is great global growth. Equities will have doubled and you won’t even notice gold at the end of your portfolio.”

The CIO sit backs in his chair and relays the only scenario that could pre-empt $2,000 gold prices. “So let’s say, the first half of this year, you have got great US growth, and the second half of the year, the US economy all of a sudden has no momentum left. Growth starts to fall and interest rates are already rock bottom. What do we do now?

“Debt markets would have big problems, interest rates and yields are going to go higher and you could see the US economy becoming stagnant like Japan – so the dollar would be in decline and oil prices would keep rising.”

This is the worst-case scenario. But it also illustrates the finance world’s gravest fears. What if America never wakes up? The life support machine that is quantitative easing has so far kept the world’s largest economy alive, but only time will tell if there is a true resuscitation.

Currently the outlook for the US is stronger than the Eurozone or the UK, but doubts remain about the sustainability of US growth. The American economy continues to display good industrial confidence, however, jobs growth is anemic, says Dugan.

Likewise the CIO has concerns about the near-term outlook for emerging markets because of the spectre of raised interest rates due to high inflation. So far emerging countries have
been on the go-slow and many of their central banks have preferred to do anything but raise interest rates. But the ongoing persistence of inflation could soon force central banks to react in a much more heavy- handed way.

“In the near term, we prefer the developed markets. We still favour the US over others. We don’t expect a collapse in the dollar but we could see a collapse in the Euro. We think the UK has got serious problems in the early parts of the year whereas again the US has already set out all its policies and everyone knows what is going on and it’s carrying good momentum into the year,” he says.

“That is the first half of the year. As for the second half, to be honest, I don’t think anyone really has a clue. We have to see what happens – whether this momentum in the US continues, or peters out and is gone. In which case, the markets will have a set back. So we have a good view about the next few months, but we don’t have a strong view about the full year because it could still be problematic.”

Despite the uncertainty over the global view, Dugan has his sights set on a few hot spots for 2011. Perhaps the most surprising of his tips is Russia.

“The foreign international investing community does not trust Russia because of its lack of transparency. That’s why the market is on such a low valuation. It’s so seriously undervalued that it only needs a spark of some good news before some money starts to go back in,” he says.

He adds that the rest of the BRIC portfolio is troubled. Brazil has inflation problems and a new president. China has rampant inflation issues. In India, there is a slow down.
“So we’re left with the ‘R’ in BRIC. Particularly with the oil price rising in a straight line, Russia is the best bet.”

Closer to home, Dugan thinks rising oil prices could make Abu Dhabi a strong bet. After years of being seen a ‘slow mover’, the Gulf could be in for a shock as the capital emirate rises up faster than predicted.

“That could be a powerful and big surprise. With the oil price being persistently above $90 they might turn around and say ‘that thing we said we’d build by 2015? Well we’re going to build it a year early just because we’ve got the money.”

Aside from these tips, Dugan, like the rest of the world, remains circumspect.

“Commodities and equities are the things that you should have in your basket at the start of the year. You should be more cautious about heavyweight bonds, as yields continue to fall,” he says.

Then Dugan pauses and I catch him gazing off into the distance. “We’ll have to take a little rain-check until June. We’ll see how the global economy is by then.”