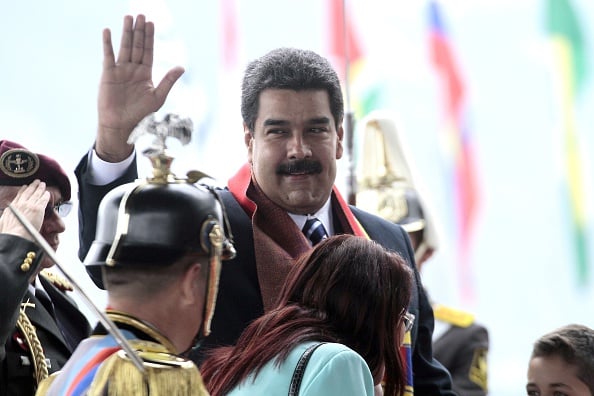 No details of the meeting were given by the official Saudi Press Agency and there was no indication that the world’s biggest oil exporter was any closer to taking action to stem the over 50 percent rout in oil prices.

The Venezuelan government said in a statement that “we agreed to work to recover the market and oil prices with state policies between the two energy powerhouses.” It provided no details.

Despite growing concern from Venezuela and other OPEC members such as Iran, OPEC delegates have said as recently as last week that the group’s core Gulf members remain committed to their decision not to curb output for now, choosing instead to defend market share and allow lower prices to slow output from growing rivals such as Canada’s oil sands and U.S. shale.

Maduro’ next stop will be in Qatar, followed by a visit to Algeria.

Venezuela’s economy contracted in the first three quarters of 2014 and its international reserves have deteriorated sharply because of the slump in oil prices, which hit new lows last week at below $50 per barrel, around half their value in June 2014.

The decline has spurred concerns that Venezuela may default on its foreign bonds, which in turn has pushed its bond yields to the highest of any emerging market nation. Maduro has promised to pay bondholders.

At the last OPEC meeting on Nov. 27, Saudi Arabia blocked calls from poorer members of the OPEC oil exporter group for production cuts to arrest a slide in global prices.

Venezuela said last month it was considering backing a call for an emergency OPEC meeting depending upon how oil prices perform in the first quarter of 2015.