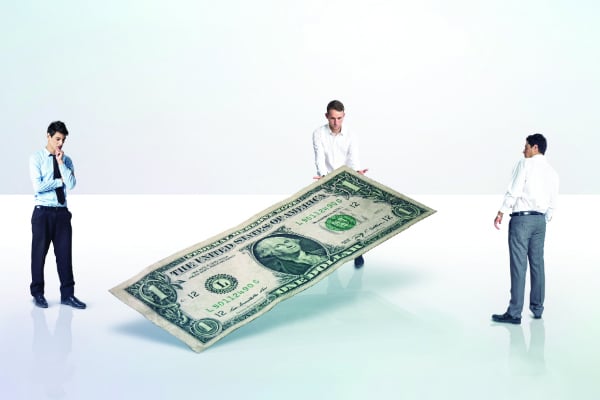 The spreading coronavirus pandemic has slammed tech startups, forcing dozens to shed thousands of jobs. But so far, the venture capitalists that fund them appear to be doing alright, according to a new report—though some funds are faring better than others.

In the first quarter of this year, 62 venture capital funds raised a total of $21bn in the US, according to data gathered by PitchBook and the National Venture Capital Association.

That cash puts them in a strong position as the economy weakens: In 2019, firms raised $51bn for the full year. As an added buffer, VCs reported a total of $121bn in committed but unspent capital as of the middle of 2019, the latest numbers available, according to the NVCA.

But while the biggest firms have announced large new funds, first-time VCs have found themselves in a more difficult position. Just nine funds launched by managers hanging out their own shingles raised $1.1bn last quarter, the report said.

That’s on track to fall short of the 49 or more that set up shop in each of the last three years. New funds also made up a smaller chunk of total VC funding raised so far this year than in years past.

As shelter-in-place mandates continue to dictate business practices, part of the problem at the end of last quarter and at least the start of this one is that first-time fund managers aren’t able to travel or meet investors as they seek to raise money.

“Name-brand VC firms may be able to streamline the fundraising process,” wrote the authors of the report, and limited partner investors might be more inclined to invest in a firm that’s already famous, without first meeting the general partners face to face.

Four funds of over $1bn closed last quarter alone, including a $3.8bn fund from Tiger Global and a $3.6bn fund from New Enterprise Associates. So-called megafunds made up about half of the total raised. The report credited “the ability of established managers to secure large sums with relative ease by tapping into the longstanding relationships and consistent demand” from investors.

The PitchBook and NCVA report also chronicled the changes in VC spending patterns for the quarter. So far this year, VC spent a near-record $5.7bn investing in pharmaceutical and biotech companies, aligning them with the public interest in the global effort to fight the novel coronavirus. The uptick appears to be the continuation of a trend, rather than a bonanza related to the virus itself.

That $5.7bn for health-related companies still fell behind the perennial VC favorite spending target: software companies, which brought in $9.9bn for the quarter, the report said.

But pharmaceutical and biotechnology grew as an investment area, up by $1bn over the same period last year, while software shrank by $1bn. Add in medical devices, and the sector drew $7.1bn, up from $5.9bn a year earlier. The jump underscores venture investors’ interest in pharmaceuticals and related businesses, which is likely to keep growing while the virus dominates the world’s attention.

“We can’t look at everything through a Covid lens,” said Jorge Conde, a general partner at Andreessen Horowitz who invests in life sciences companies. Still, “a lot of the problems we face as a society will be biologic in nature, and the innovations we need to combat those problems will come from this industry.”

Another reason for strength in health-oriented startups: They don’t necessarily perform in lockstep with the rest of the economy. Zentalis Pharmaceuticals Inc., for example, priced at $18, the higher end of its expected range, earlier this month while the rest of the market reeled. Shares are currently trading at about $24. Last year, many of the top performing IPOs came from the health sector, including Avedro Inc. and BioNTech SE, fueling investor interest in the sector.

“We’re seeing a lot more sophistication in terms of the therapy we can develop,” Conde said, largely due to major advances in science. For example, sequencing the genome of the coronavirus—a key step for developing ways to fight it—took just a few weeks, Conde said. A decade ago, it would have taken months. Similar advances mean investors can see a lot more bang for their buck in medicine, much as advances in areas like cloud computing led to an explosion of investing in software startups a decade ago. Some of the most active life sciences venture investors last quarter included Polaris Partners, New Enterprise Associates, Khosla Ventures and ARCH Venture Partners.

Overall, the report indicated that startups across the board are waiting longer to raise money. This quarter companies were raising early-stage seed and angel funding rounds about three years after being founded. That’s in contrast with an average of one year during the global financial crisis in 2008. But those early companies can still get off the ground, thanks in part to the availability of credit lines from financial technology startups like Brex Inc., said PitchBook analyst Kyle Stanford.

VCs spent $34.2bn last quarter, about flat with $35bn a year earlier. Companies were also likelier to get bigger checks, with the cash going to 27 per cent fewer deals than a year earlier.