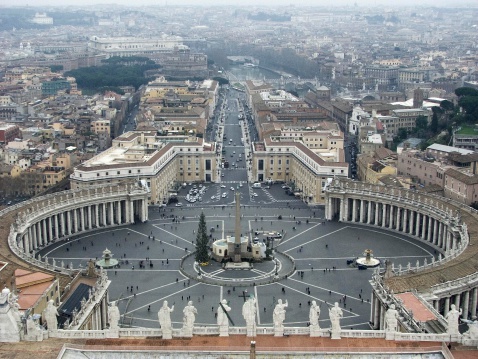 The Vatican is on alert in case of an attack by ISIL against the city-state or Pope Francis, but officials are not aware of any specific plot, the head of Vatican security said in a rare interview.

“The threat exists. This is what has emerged from conversations with Italian and foreign colleagues,” Domenico Giani told Polizia Moderna, the magazine published by Italian police, when asked if threats from Islamic State militants were credible.

“(But) at the moment I can say that we are not aware of any plan to attack the Vatican or the Holy Father,” he added in the interview, published on the magazine’s website on Monday.

ISIL militants have made threats against Catholic targets in Rome that have been given much space in Italian media.

Last month, in a video showing the beheading of 21 Egyptian Coptic Christians in Libya, one of the killers said: “Safety for you crusaders is something you can only wish for … We will conquer Rome, by the will of Allah.”

A website used by militants ran a photo montage showing the movement’s black flag flying from the obelisk at the centre of St. Peter’s Square.

Giani said the alert level was “constantly high” in and around the tiny city-state, which sits inside Rome.

His force of some 130 agents, along with the more ceremonial Swiss Guard, protect most of the Vatican and the pope, while Italian police guard the exterior, as well as St. Peter’s Square.

Last month, in the wake of killings by ISIL in Paris and Copenhagen, 4,800 soldiers were placed on the streets throughout Italy.

Francis has several times condemned attacks by Islamic militants. On Sunday, he called for an end to their “intolerable brutality”.