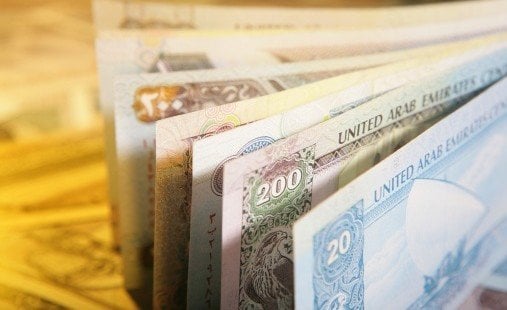 UAE’s tax revenue, including value-added tax (VAT) made up 5.5 per cent of the total public revenue in 2018, according to the Ministry of Finance (MoF), official news agency WAM reported.

UAE’s total overall revenues reached Dhs456bn in 2018, of which tax revenues made up Dhs25bn, a statement said.

The country’s oil revenues, and profits of public joint-stock companies constituted 36.1 per cent and 32.9 per cent respectively, the statement said.

Furthermore, the ministry revealed that the 2018 budget surplus came on the back of general revenue growth by 13.3 per cent, outmaneouvring the public spending growth rate of 4.2 per cent, the statement said.

The UAE government instituted a 5 per cent VAT on goods and services in January 2018, to promote the country’s economic growth and to wean itself off dependence on oil revenues.

The tax injunction also aimed to increase the UAE’s ability to extend educational and health services, and public facilities, the statement said.

In 2018, more than 650,000 periodic tax returns were received by the Federal Tax Authority (FTA) from businesses registered for VAT purposes.

Read: First year of VAT in the UAE: FTA reveals the key details of implementation

Additionally, in the first year of its implementation, 296,000 businesses registered for VAT in the UAE.