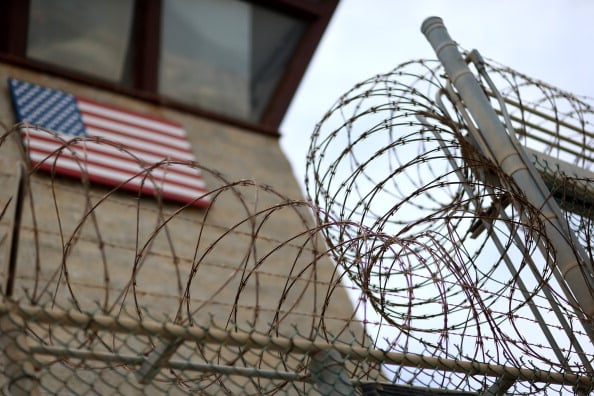 Six Yemenis held for more than a decade at the U.S. military prison at Guantanamo have been flown to Oman for resettlement, the Pentagon said on Saturday, the latest step in President Barack Obama’s slow push to close the facility.

The release came a week after Defense Secretary Ash Carter said he was working with the White House on a proposal for Congress on shutting the internationally condemned jail at the U.S. naval base in Cuba, where most prisoners have been held without charges or trial.

Though Obama continues to face obstacles from lawmakers to his long-time goal of emptying the prison, the latest transfer, this year’s largest, whittles Guantanamo’s inmate population to 116, less than half the number when he took office in 2009.

No further large transfers are imminent, according to a senior U.S. official, though efforts continue to repatriate prisoners or settle them elsewhere.

The six men sent to Oman, a sultanate bordering Yemen, were identified as low-risk detainees cleared years ago for transfer. They had been held at Guantanamo for about 13 years.

Oman’s state news agency ONA reported that six Yemenis had arrived in Muscat for “temporary residency” under the direction of Sultan Qaboos, the veteran head of state who has driven Oman’s policy of regional mediation.

“This step came at the request of the U.S. government to help settle the cases of those held at this prison (Guantanamo) and in consideration of their humanitarian conditions,” the agency quoted an Omani Foreign Ministry source as saying.

The 69 Yemenis still held at Guantanamo make up more than half of the remaining detainees, but Washington has ruled out sending them home because of the chaotic security situation in their homeland.

Iranian-backed Houthi forces have seized large parts of Yemen, including the capital Sanaa, and a Saudi-led coalition is trying to restore Yemen’s exiled president to power.

The only other option has been to find third countries to accept the Yemenis. The last transfer was in January, when the United States sent four Yemenis to Oman and one to Estonia.

“We recognize the current security situation in Yemen presents serious challenges to our ability to repatriate Yemenis,” the senior U.S. official said.

The Guantanamo prison was opened by Obama’s predecessor, George W. Bush, after the Sept. 11, 2001, attacks on the United States, to house terrorism suspects rounded up overseas, many of them accused of belonging to al Qaeda or the Taliban.

Obama has often renewed his pledge to shut the prison, but lawmakers have restricted his ability to transfer prisoners and have barred him from moving them to the U.S. mainland.

The administration remains intent on seeking to empty the Guantanamo jail by the 2017 end of Obama’s presidency.