US says is committed to Canada, Saudi ties amid spat - Gulf Business 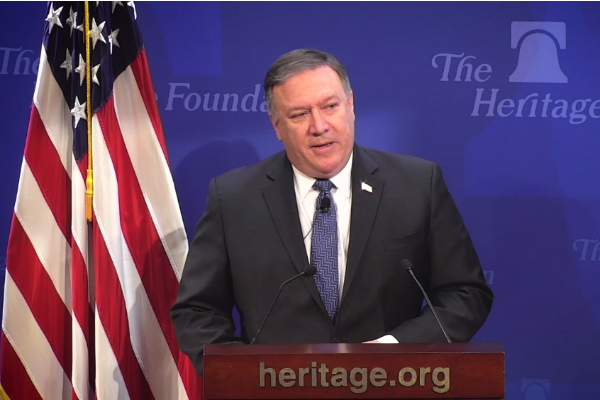 U.S. Secretary of State Mike Pompeo told Canadian Foreign Minister Chrystia Freeland that the United States was committed to its close partnerships with both Canada and Saudi Arabia, his spokeswoman said on Thursday amid a diplomatic spat between the two U.S. allies.

Pompeo was the highest-level U.S. official to weigh in publicly on the dispute between Ottawa and Riyadh, which have clashed over the arrest of activists in Saudi Arabia over the past month. The dispute started when Canada called for civil society activists to be freed from jail.

U.S. State Department spokeswoman Heather Nauert said earlier this month that Washington was urging the two countries to resolve the dispute with diplomacy and had raised the issue with the Saudis.

Canada has said it would continue to press Saudi Arabia on human rights, and Saudi Arabia has frozen new trade with Canada, expelled Ottawa’s ambassador and recalled its own ambassador.