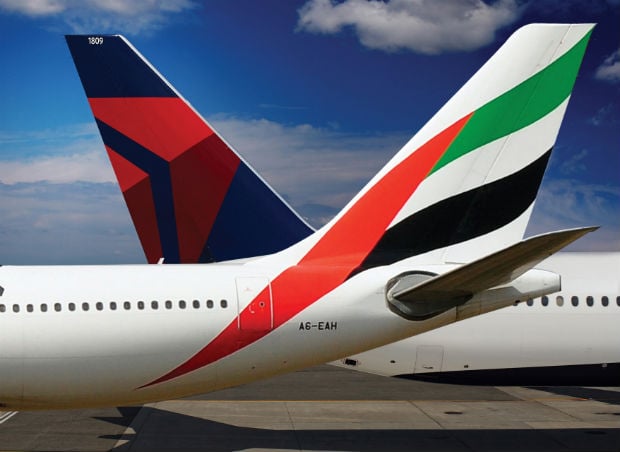 Federal regulators in the US have refused to curb the expansion of Gulf carriers into the country while a review over the subsidy row is ongoing, the CEO of American Airlines has said.

“They are still doing their due diligence,” Doug Parker told Bloomberg News in an interview.

Last week, the three US carriers- American Airlines, Delta and United Airlines- urged the federal regulators to take immediate action against their Gulf rivals, who they said have expanded in the US by 25 per cent this year.

The US carriers earlier released a white paper report, calling for an end to the open skies agreement with the UAE and Qatar after claiming that their Gulf counterparts received about $42 billion in subsidies from their respective governments, allowing them to expand rapidly in the US.

Such aid helps the Gulf carriers offer discounted rates to passengers, diverting them from the US airlines, a recent report commissioned by the Patnership for Open and Fair Skies said.

Earlier this year, Delta CEO Richard Anderson told a forum that the three US airlines will lobby the cause with the Congress if the Obama administration does not take any action to limit the growth of the Gulf carriers.

But Parker did not say whether the three airlines will take up the case with the Congress after the regulators declined to act.

Meanwhile, the Gulf carriers- who have continued to add flights to the US- have strongly rebutted the accusations.

Qatar Airways CEO Akbar Al Baker, whose airline recently announced two new US routes, said that the move was part of the company’s plans even before the subsidy allegations arose.

Abu Dhabi’s Etihad Airways too has lashed out, saying that the three American carriers received $64.9 billion in bankruptcy and pension related aid from the US government.