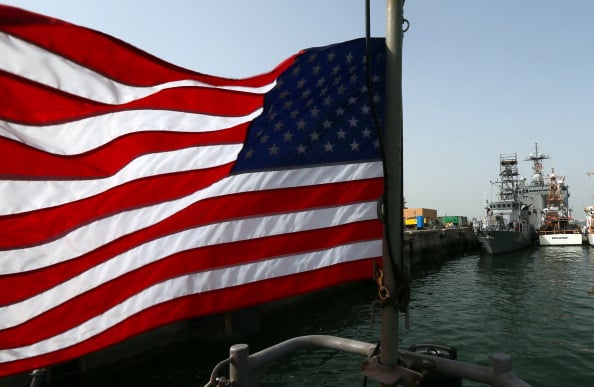 The United States will lift holds on security assistance to the Bahrain Defense Force and National Guard that were put in place after Bahrain cracked down on demonstrations in 2011, the U.S. State Department said on Monday.

“While we do not think that the human rights situation in Bahrain is adequate, … we believe it is important to recognize that the government of Bahrain has made some meaningful progress on human rights reforms and reconciliation,” State Department spokesman John Kirby said in a statement.

The U.S. decision regarding a key Gulf ally comes as President Barack Obama has been stressing Washington’s commitment to Gulf allies’ security as he negotiates a nuclear agreement with Iran.

Bahrain has long been a close U.S. ally and hosts the headquarters of the U.S. 5th Fleet.

In October 2011, the United States delayed some planned weapons sales to Bahrain pending the outcome of a local investigation into alleged human rights abuses since anti-government uprisings began that February.

In May 2012, the State Department said it was resuming some military sales to Bahrain.

Kirby’s statement did not specify what additional security assistance would now be made available.

“Following the lift of these holds, we will continue to press Bahrain on our human rights concerns,” Kirby said.

“The Obama administration’s decision to lift restrictions on security assistance to Bahrain’s Defense Forces and National Guard is occurring in the absence of any real or meaningful political reform,” Sarah Margon, Washington director of Human Rights Watch, said in a statement.

“Bahrain’s jails are bursting at the seams with political detainees, and the recent prison sentence for political opposition leader Al Wefaq Secretary General Sheikh Ali Salman means that a political accommodation remains as far away as ever,” she said.

While there is no evidence the U.S. decision was directly related, it comes as Gulf monarchies grapple with what appears to be an increased threat from the militant Islamic State. Kuwait was hit last week with a suicide bomb attack for which the group claimed responsibility.

Bruce Reidel, a former CIA and White House official who is now with the Brookings Institution think tank, predicted the next Islamic State strike could come in Bahrain.

“IS may well target Americans in Bahrain, home of the (U.S.) 5th Fleet,” Reidel said.