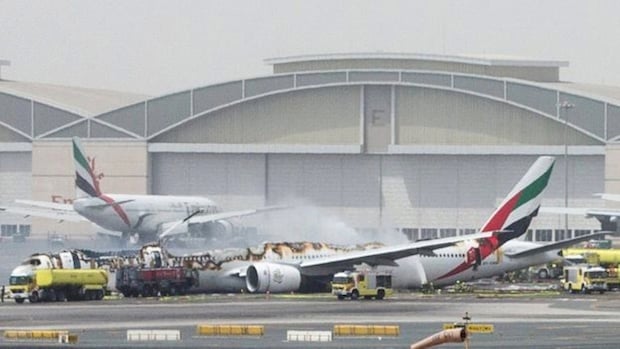 In a statement, the firm said it had filed a case against the manufacturer of the 777-300 aircraft involved in the incident at the Circuit Court of Cook County, Illinois, for physical and psychological injuries sustained by passengers during the crash landing.

“Wisner Law Firm contends that the takeoff/go around (TO/GA) switch on this aircraft was defectively designed,” the firm said.

It went on to argue that the switch used by pilots to apply power to the engines “when executing a go around” is “inhibited or deactivated for several crucial seconds when the wheels of the aircraft touch the ground or come within a certain distance from the ground”.

EK521 “either briefly touched the ground or came within the preset distance of the ground” causing the switch to be deactivated, according to the statement.

“When the pilots applied the switch to apply power to the engines, no power was supplied and the aircraft fell back violently to the ground, injuring passengers and crew,” Wisner added.

A Boeing spokesperson said the company “does not comment on pending litigation”.

All of the 300 passengers and crew onboard the aircraft were evacuated following the crash landing, but a firefighter died as a result of the explosion of the centre wing fuel tank.

The UAE’s General Civil Aviation Authority released an interim investigation report earlier this month stating there were no mechanical issues with the aircraft.

“Analysis of the data downloaded indicates that there were no aircraft systems or engine abnormalities up to the time of the accident,” it said.