US laptop ban could be revoked from UAE airports - Gulf Business 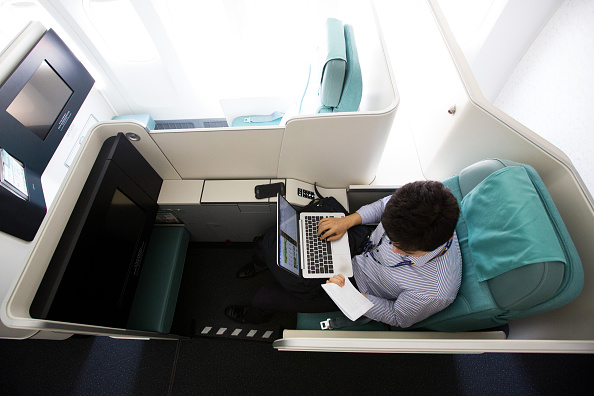 The US ban on laptops in the cabins of flights from certain Middle East and African countries could be lifted if the countries adhere to new regulations, senior US officials have said.

Devices larger than a smartphone are currently not allowed in the cabins of flights from 10 airports in countries including the UAE, Qatar, Saudi Arabia and Turkey. The restrictions, imposed in March, currently cover about 350 flights a week.

The US was considering the possibility of extending the ban to other airports worldwide including those in Europe, but on Wednesday unveiled new security measures without enforcing the ban.

“We will also lay out a clear path to encourage airlines and airports to adopt more sophisticated screening approaches, including better use of explosive detection canines and advanced checkpoint screening technology,” he said.

The US will also encourage more airports to become preclearance locations, Kelly added. Currently, the Abu Dhabi airport has the only US preclearance facility in the Middle East.

Homeland security officials in the US have also reportedly said that airports and airlines facing the ban could be exempt from it if they complied with the new regulations.

However, in a statement, Kelly confirmed that the “threat had not diminished”.

“Make no mistake: our enemies are constantly working to find new methods for disguising explosives, recruiting insiders, and hijacking aircraft,” he said.

“We cannot play international whack-a-mole with each new threat. Instead, we must put in place new measures across the board to keep the traveling public safe and make it harder for terrorists to succeed,” he said.

Airports and airlines have been given 120 days to comply and those who do not co-operate or “are slow to adopt these measures” could be subject to other restrictions including a ban on electronic devices on their airplanes, or even a suspension of their flights to the US, said Kelly.

The new measures will cover 280 airports and 180 airlines, affecting an average of 2,100 flights a day.

The International Air Transport Association (IATA) has warned that the electronics ban can cause “severe distortions”.

In a report released in late March, IATA’s director general and CEO Alexandre de Juniac said the ban was “not an acceptable long-term solution to whatever threat they [governments] are trying to mitigate”.

“Even in the short term it is difficult to understand their effectiveness. And the commercial distortions they create are severe,” he said.