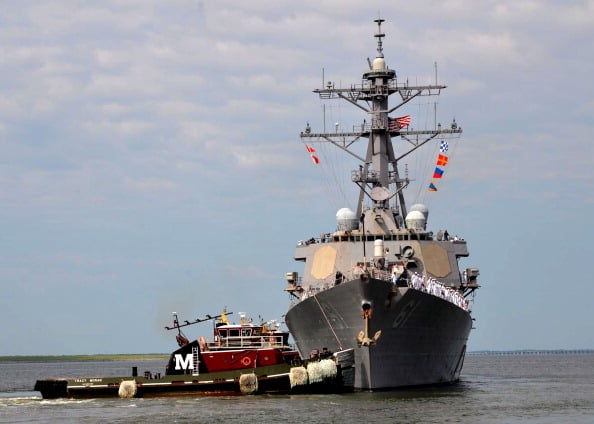 Russia criticised the United states on Tuesday for sending warships close to Syria, saying the deployments would exacerbate tension as Washington prepares for a possible military strike.

He said “the dispatch of ships armed with cruise missiles toward Syria’s shores has a negative effect on the situation in the region.”

Five U.S. destroyers and an amphibious ship are in the Mediterranean, poised for possible cruise missile strikes against Syria, and U.S. officials said the aircraft carrier USS Nimitz and four other ships in its strike group moved into the Red Sea on Monday.

Russia, one of the Syrian government’s main arms suppliers, opposes military intervention over an alleged chemical weapons attack in Syria. Moscow is also sending new warships to the Mediterranean but says it is just rotating ships in the area.