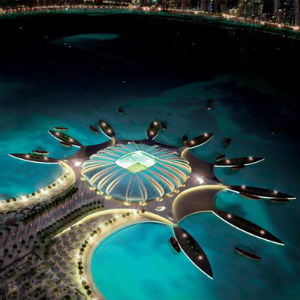 US firm CH2M Hill has won the $8.2 billion soccer World Cup construction management contract to oversee building facilities in the Gulf Arab state, which will be hosting the tournament in 2022.

“Over the next six months we will be working together to develop our road map, which will provide us with delivery timelines for the projects that will occupy us in the coming 10 years,” Qatar 2022 Supreme Committee Technical Director Yasir Al Jamal said in the statement.

Qatar will spend $4 billion to host the event, including the cost of constructing stadiums, the committee has said.

The management contract, originally slated to be awarded late last year, will oversee coordination with government agencies on large infrastructure projects, including the construction of nine new stadiums and upgrade of three existing ones.

The committee’s Secretary General Hassan Al Thawadi said in June that the country planned to complete construction of the first stadium by 2015.

CH2M Hill, which employs 30,000 people worldwide, has 2,000 staff in the Middle East, of which 200 are currently based in Qatar, the statement said.