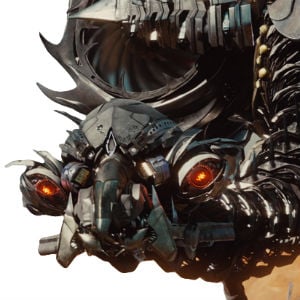 DDMG, which has worked on over 90 films such as Transformers and Titanic, will begin its Abu Dhabi studio operations at the beginning of 2013, and plans to recruit up to 500 people, it said.

The company will also develop a 150,000 square foot entertainment production complex, which is expected to be operational by the end of 2015.

The Abu Dhabi studio will also become a part of Digital Domain’s global feature film and animation pipeline, and will be connected to its studios in Los Angeles, Vancouver, San Francisco, London, Florida and Mumbai.

“There is tremendous opportunity to produce original entertainment content for Middle Eastern audiences worldwide, and to bring Hollywood work and our own original productions here as well,” DDMG CEO and chairman John Textor, said in the statement.

“Abu Dhabi was the natural location for us given its strategic location, modern infrastructure and supportive government. We’re looking forward to grooming up-and-coming Arab filmmakers at a time of such great awakening in this part of the world,” he added.

“The establishment of DDMG in Abu Dhabi will provide incredible opportunities for young Arabs to develop skills and careers in an area of the media industry that has simply never existed before in the region,” said Noura Al Kaabi, CEO of twofour54.

DDMG’s media school, The Digital Domain Institute/Abu Dhabi, will be modeled after the institute in Florida and will train students in digital media production for entertainment, simulation and related applications. Classes at the school are scheduled to begin early in 2014, the statement said.

Abu Dhabi’s twofour54 has been taking several measures to attract more filmmakers to shoot in the emirate.

Earlier this week, it launched a new programme to offer producers a rebate of up to 30 per cent of what they spend in Abu Dhabi on making movies, TV shows, commercials and music videos.