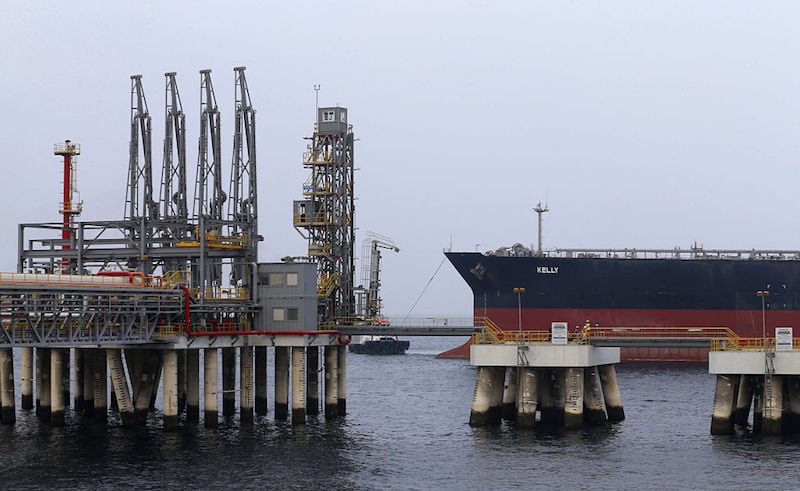 The US ambassador to Saudi Arabia said Washington should take what he called “reasonable responses short of war” after it had determined who was behind attacks on oil tankers off the coast of the United Arab Emirates.

Iran was a prime suspect in the sabotage on Sunday although Washington had no conclusive proof, a U.S. official familiar with American intelligence said on Monday. Iran has denied involvement.

“We need to do a thorough investigation to understand what happened, why it happened, and then come up with reasonable responses short of war,” Ambassador John Abizaid told reporters in the Saudi capital Riyadh in remarks published on Tuesday.

Four commercial vessels, including two Saudi oil tankers, were sabotaged on Sunday near Fujairah, a bunkering hub just outside the Strait of Hormuz. UAE authorities did not say who was behind the attack.

Distancing Tehran from the incident, Iran’s Foreign Ministry called it “worrisome and dreadful”.

Iran is embroiled in a war of words with the United States over sanctions and the U.S. military presence in the region.

Washington has increased sanctions on Tehran, saying it wants to reduce Iranian oil exports to zero, after quitting the 2015 nuclear pact between Iran and global powers last year.

The U.S. Maritime Administration said last week that Iran could target U.S. commercial ships including oil tankers sailing through Middle East waterways. Tehran has called the U.S. military presence “a target” rather than a threat.

U.S. Secretary of State Mike Pompeo shared information on what he called escalating threats from Iran during meetings with EU counterparts and the head of NATO in Brussels on Monday, the U.S. special representative for Iran Brian Hook said.

Hook declined to say whether he believed Iran played a role in the attacks off Fujairah or if Pompeo blamed Iran. He said the UAE had sought U.S. help in the investigation.

Newspapers in the UAE, which are heavily controlled by the government, ran editorials urging caution in responding to the attack, which risks undermining the Gulf Arab state’s image as a regional bastion of stability and security.

“While further details are yet to emerge about this worrying incident, cool heads must prevail, and proper measures should be taken to ensure that this situation does not spin out of control,” wrote the editorial board of Abu Dhabi-based The National.

A fifth of global oil consumption passes through the Strait of Hormuz from Middle East crude producers to markets in Asia, Europe, North America and beyond. The narrow waterway separates Iran from the Arabian Peninsula.

Oil prices were up slightly on Tuesday, though checked amid an escalation in the trade war between the U.S. and China.

Gulf Arab stock markets rebounded in early trading. The Saudi index was up 1.4 per cent after two days of heavy losses and Dubai stock index was trading 2.4 per cent higher after its biggest one-day loss in years on Monday.

U.S. President Donald Trump wants to force Tehran to agree a broader arms control accord and has sent an aircraft carrier and B-52 bombers to the Gulf in a show of force against what U.S. officials have said are threats to U.S. troops in the region.

Iran’s Revolutionary Guards, designated a terrorist organisation by Washington, threatened last month to close the Hormuz chokepoint if Tehran was barred from using it.