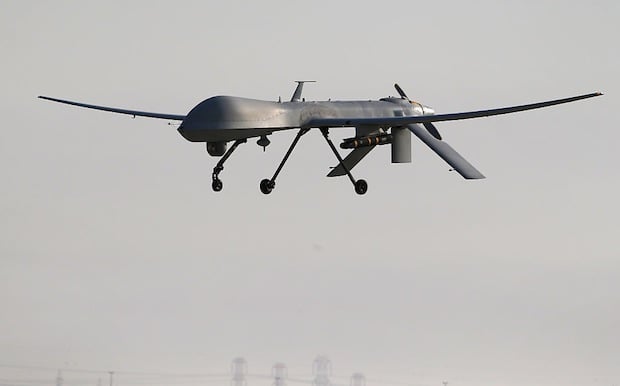 The officials said the pilotless plane targeted a vehicle travelling in Baihan in the province of Shabwa, in which two suspected al Qaeda members were travelling. Both men were killed, they said.

Al Qaeda has exploited a civil war in Yemen pitting the Iran-aligned Houthi movement against the Saudi-backed government of president Abd-Rabbu Mansour Hadi to recruit more followers and enhance its influence in the impoverished country.

The United States, which sees the Yemeni branch of al Qaeda as a major threat to its regional interests, conducted dozens of drone strikes in Yemen throughout Barack Obama’s presidency.

It has acknowledged drone strikes to target militants, but declines to comment on specific attacks.

A US commando died and three were wounded during a dawn raid on Sunday in the rural Yakla district of central Yemen’s al-Bayda province. The U.S. military also said that at least 14 suspected al Qaeda militants were killed.