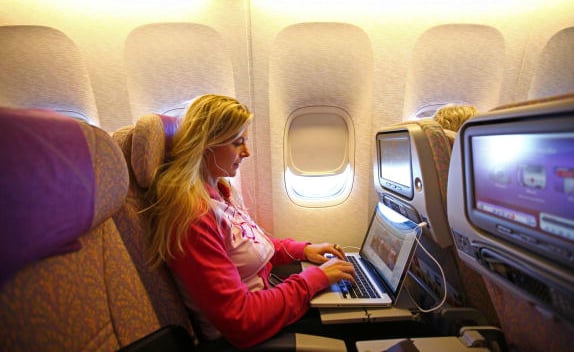 All passengers departing Dubai International Airport that are bound for the US will be subject to new restrictions on large electronic items, Emirates has confirmed.

In a statement, the carrier said it had been directed by the US Transportation Security Administration that all passengers would not be allowed to carry electronic devices larger than a smartphone into the aircraft’s cabin in their carryon luggage unless it is for medical purposes.

The directive comes into effect on Saturday, March 25, and is valid until October 14, according to the airline.

It is applicable for all US-bound passengers from the world’s busiest airport for international passenger traffic, whether originating or transiting. The carrier clarified this would include passengers on its fifth freedom routes stopping in Milan and Athens on the way to New York.

“Emirates requests that all passengers travelling to the US pack all electronic devices larger than a cell phone/smart phone in their checked-in baggage,” an Emirates spokesperson said.

The ban on passengers carrying large electronic items from 10 Middle East and North African airports was officially confirmed earlier today by the US Department of Homeland Security.

No American carriers are impacted by the ban, which is believed to be due to the threat of terrorism, because they don’t fly directly between any of the airports.

Delays are expected at check-in areas in all the affected airports as staff educate passengers, he said, with some likely to “abandon their flight plans altogether” through fear of damage to their delicate electronic items.

“The real challenge will be to determine why it does not apply to European, Asian or Latin American carriers – there seems to be a great degree of application inconsistency,” he said.

“Given the threat of terrorism in places like France, how does this rule prevent someone boarding a jet in Paris bound for the US equipped with the very devices that Homeland Security aims to secure in the hold and not in the cabin?

Emirates flies to 12 US destinations from Dubai after launching its controversial Dubai-Athens-Newark route last week.

Britain also announced its own restrictions yesterday but these will only affect passengers on flights to the UK from Turkey, Lebanon, Jordan, Egypt, Tunisia and Saudi Arabia.