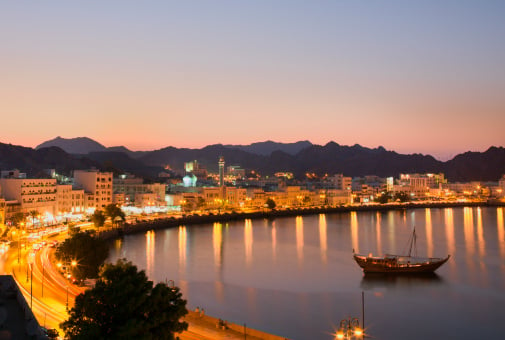 Omagine, a US based firm with operations in hospitality and real estate, announced that its subsidiary has signed a deal with the Oman government to develop a mega project in the country.

As per the agreement, Omagine LLC will design, develop, own and operate a mixed-use development project called the Omagine Project in the Sultanate. The development is estimated to cost almost $2.5 billion, the company said in a statement.

The Omagine Project is planned to be an integration of cultural, entertainment and residential components, including hotels, commercial buildings, and retail establishments. It will also consist of more than 2,000 residences to be developed for sale.

In addition, the project will also have around one million square meters of beachfront land facing the Gulf of Oman just west of the capital city of Muscat and approximately six miles from Muscat International Airport.

The Omagine project is expected to generate “exceptional cash flow” to the company and its shareholders, the firm said.

“We expect the Omagine Project to be the archetype for our future projects in the Middle East and North Africa.”

Omagine LLC is owned 60 per cent by its parent firm while Oman’s office of Royal Court Affairs owns 25 per cent of the company. The remaining 15 per cent of the stake is owned by two subsidiaries of Consolidated Contractors International Company (CCIC).

Oman has been forming joint ventures to develop mixed-use projects across the country in a bid to ramp up its tourism offering.

Omran, a partnership between the Sultanate’s tourism investment arm and Saraya Oman, is developing another mega project Saraya Bandar Jissah.

Located between Hajjar Mountains and the Gulf of Oman, the development is spread across 2.2 million square metres of land with an expansive beachfront. It will consist of residences; a recreational area and two five star hotels.