US Ambassador To Libya Killed In Rocket Attack - Gulf Business 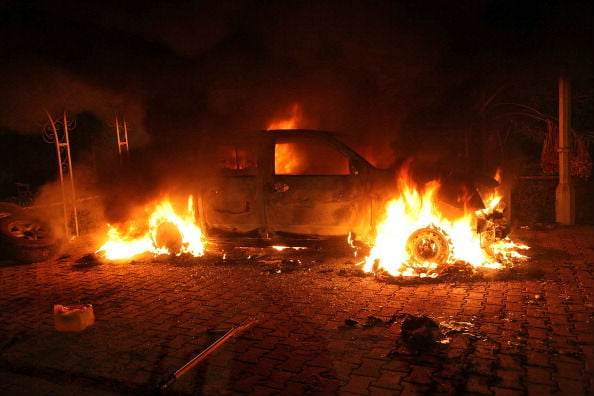 The U.S. ambassador to Libya and three other embassy staff were killed in a rocket attack on Tuesday night that targeted his car in the eastern Libyan city of Benghazi, a Libyan official said on Wednesday.

“The American ambassador and three staff members were killed when gunmen fired rockets at them,” the official in Benghazi told Reuters.

Asked about the deaths, a U.S. Embassy employee in Tripoli said: “We have no information regarding this.” The employee said the embassy could confirm the death of one person.

The Libyan official said the U.S. ambassador had been on his way to a safer venue after protesters attacked the U.S. Consulate in Benghazi and opened fire, killing a staff member, in protest at a U.S. film that they deemed blasphemous to the Prophet Mohammad.

The official said the ambassador and three other staff were killed when gunmen fired rockets at his car. He said the U.S. Embassy had sent a military plane to transport the bodies to Tripoli to fly them to the United States.

The attackers fired at the buildings while others threw handmade bombs into the compound, setting off small explosions. Small fires were burning around the compound.

The assault followed a protest in neighbouring Egypt where demonstrators scaled the walls of the U.S. embassy, tore down the American flag and burned it during a protest over the same film which they said insulted the Prophet Mohammad.