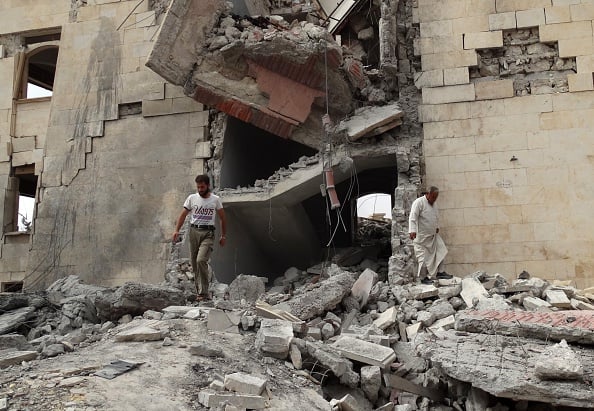 The United States and its allies have conducted at least 341 airstrikes in Iraq and Syria since Aug. 9, according to statements issued by U.S. Central Command up to Monday.

Of these, 94 were in Syria and 247 in Iraq. With the exception of eight strikes against the al Qaeda-related Khorasan Group in Syria on Sept. 23, all have been against Islamic State militants.

Central Command says the coalition has destroyed or damaged:

It said the attacks on the Khorasan Group near Aleppo, Syria, destroyed three command posts as well as three other buildings used by the small cell of hardened al Qaeda militants who had planned attacks on Europe or the United States.

Central Command has reported no casualties among the coalition except for one U.S. service member killed on Oct. 1 in a V-22 Osprey crash in the Gulf.

Saudi And UAE Join US In Launching First Strikes In Syria

Saudi Arabia To Host Talks With US, Regional Allies On Thursday

US, Allies Prepare For Probable Military Strike On Syria