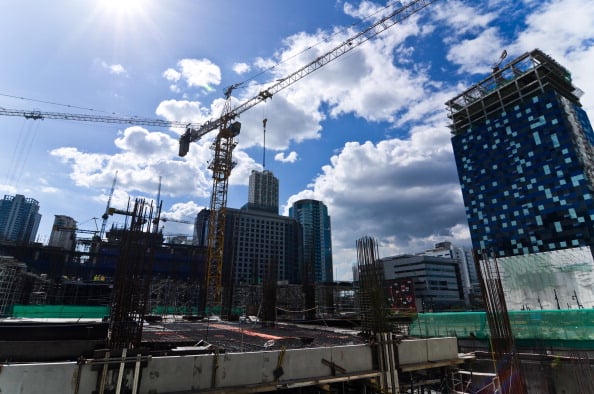 Up to 78 per cent of the Filipinos living in the United Arab Emirates intend to buy property in the Philippines within the next two years, according to a new survey by New Perspective Media.

That figure is much higher compared to NPM’s 2014 survey, which showed that only 43 per cent of the respondents planned to invest in properties within the same period.

The latest survey also showed that the number of Filipinos who plan to invest in a property within a year rose to 46 per cent compared to 22 per cent last year.

The majority of the respondents still opt for the Dhs 167,000 price ceiling, the survey found. However those mulling high-end properties costing above Dhs 417,000 increased to 13 per cent this year from 7 per cent in 2014.

Increased purchasing power, a surge in consumer confidence and improved financial literacy are prompting more Filipinos in the UAE to look towards the Philippines property market, said NPM, which organises the Philippine Property and Investment Exhibition in Dubai.

“Investing in Philippine property today is ideal for Filipino and international investors as prices are likely to soar substantially in the coming years.”

The International Monetary Fund projects the Philippine economy to grow by 6.5 per cent this year after posting real gross domestic product growth of 6.1 per cent in 2014.

According to JLL and Colliers International, capital city Manila’s residential property recorded the maximum price growth among Asia Pacific cities during the last three months of 2014.

“Remittances are estimated to comprise nearly 10 per cent of the country’s GDP – one of the highest contribution rates in the world.”

According to the World Bank, remittances from overseas Filipino workers reached an estimated $28bn in 2014. The Philippines is the fourth largest recipient of official remittances after China, India, and Mexico.

The UAE alone is currently home to about a million overseas Filipino workers and has the third highest number of OFWs in the world after the United States and Saudi Arabia.