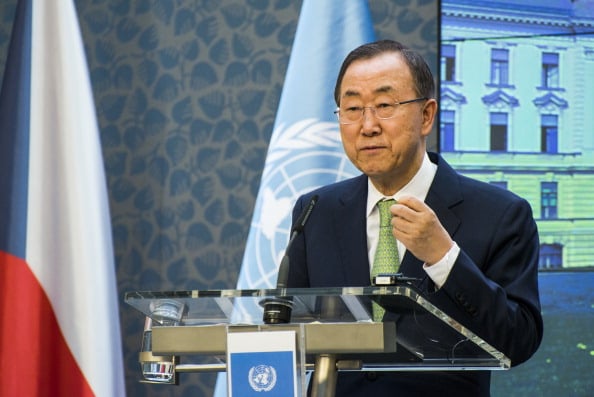 United Nations secretary general Ban Ki-moon has urged all Arab leaders to address marginalistaion in their countries in an effort to tackle the root cause of radicalisation, state news agency WAM reported.

Speaking at the Government Summit in Dubai, Ki-moon said that just military effort will not suffice to tackle violent extremism and terrorism.

“I am extremely concerned about the spread of hatred and violence discourse throughout the world, citing the brutal crimes being committed by ISIL (Daesh). It is totally unacceptable,” he said.

“The international community has been taking some collective actions through military means, but at the same time, we should look at the root causes of these issues and why these young people have been influenced by all the hatred rhetoric being spread by ISIL (Daesh).”

The official also called for more ways to improve the tolerance and mutual understanding of other faiths, beliefs and traditions.

“We need to educate people so that they will have a better understanding of values of humanity and respect for the faith, beliefs and traditions of others, from a young age. That is very important,” he said.

Ki-moon added that governments could further tackle radicalisation by being more attentive to the aspirations of their people, especially the youth.

“Young people should not be marginalised and all groups of people should be included in society. It is very important not to leave anybody behind or anybody isolated or discriminated against as these people may easily fall into traps of this kind of extremism,” he said.

“In the Arab world, the imams play a very important role and that is why we are reaching out to those leaderships,” Ki-moon said.

Arab countries, especially the GCC, have been taking a number of measures to combat radicalisation through inter faith dialogue and tighten control on their clerics.

Last year, Saudi Arabia warned all imams against preaching politics during their Friday sermons in an effort to avoid inciting any sectarian violence amidst political tensions in Egypt and Syria.

In 2010, the late Saudi Arabian monarch King Abdullah also issued a decree regulating the number of fatwas in the Kingdom.